Co-operation and the Wealth of Nations 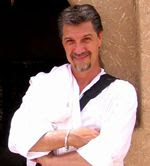 John Restakis, Executive Director of the British Columbia Co-operative Association, is on a lecture tour of the UK as part of the events to celebrate Co-operatives Fortnight. His recent book, Humanizing the Economy, raises a number of useful questions in terms of how the co-operative form can offer solutions to the disastrous failure of the market. He is lecturing at the House of Commons tonight, Edinburgh on Wednesday and Rochdale on Thursday. His lecture is powerful and inspiring and well worth a trip.

For me, his most powerful question was why the democratisation which took hold of political systems in the 19th century did not also take hold of economic systems. The co-operative movement, of course, was one example of successful economic democratisation, but John's view that we need to focus on 'taking the democratic revolution beyond politics and into economics' demands attention from politicians of all colours who espouse the democratic vision.

The failure of economic democracy has led to the atrophy of political democracy, as corporations buy politicians: we are 'citizens in politics but subjects in the marketplace'. (This reveals John's North American outlook, since I fear that in Britain we are still formally subjects in both realms.) While we enjoy voting rights in our political systems, 'our economic systems are still stuck in the 18th century'. Challenging the ideology of free markets, he asks how can we claim to have free markets when firms are still stuck in the ideology of command and control?

So much for John Restakis's theory. In terms of practice he shared the powerful example of the co-operative economy of the Italian region of Emilia-Romagna, Italy's most productive region. The regional capital of Bologna has a dynamic economy, with one enterprise for every 10 inhabitants. Across the region as a whole, 40% of GDP is generated by co-operative enterprises, mainly of small and medium size. The construction, agriculture, food processing, transport and social care sectors are all dominated by co-operatives.

The success of the co-operative businesses in Emilia-Romagna has spilled over into the wider economy bringing about what John referred to as 'the socialisation of capital'. There are high average pay rates, low levels of inequality, high levels of female employment. Co-operation has led to economic dynamism, with Bologna figuring 10th in the list of Europe's economic regions in terms of its productivity.

In conclusion, John Restakis offered a challenge to the movement as a whole to have more self-confidence in celebrating its successes. But beyond this there needs to be a development of co-operative theory and a willingness to argue politically and theoretically for co-operation as a more successful and more innovative form of economic life, as well as having the social and community advantages that it has long been known for.
. Tweet
Posted by Molly at 10:52