The Gypsy Rover, the Norman Yoke and the Land Value Tax 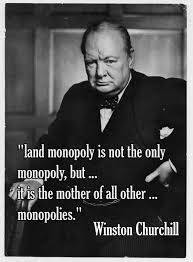 I have always loved the folk-song The Whistling Gypsy. In fact, I like it so much that I have been known to sing it in those situations of cultural exchange where, far from home and in a foreign language zone, you are called on to share something. But I have always been rather disappointed by the heroine who, although following the gypsy rover, convinces her father to accept her decision by pointing out that he is 'Lord of these lands all over'.

But, like many aspects of folk culture, it occurred to me recently that this is a song of great subtlety. It is not that the gypsy is also a land-owner and therefore deserves the hand of the lady whose heart he has won, rather he considers himself lord of the land that he roves through. He has, in other words, gone through exactly the sort of mental reinterpretation we need to go through as a society. This takes some effort because it requires  us to throw off the shackles of a thousand years of feudalism.

Andy Wightman has done great service in the case of Scotland in challenging the legal effort that has been invested in constructing the reality of land ownership to the extent that the land we should share is littered with 'Trespassers will be prosecuted' signs and the authors of those signs are paid large sums of EU money for the privilege of having sole use of what is our national economy's most valuable resource. His books Who Owns Scotland links the rise of the lawyer's trade and their wealth to the need of warlords to provide written justification for their ill-gotten gains, and in an era when literacy was a rare privilege a legal document could exclude almost everybody from the argument.

This is my reason for supporting a Land Value Tax and this is what I will be arguing when I come up against Vince Cable on Tuesday evening at an RSA Screens event. He and John Christensen will find other reasons to support the taxation of land, some pragmatic and some rather dangerous--based in arguments about the 'inefficient' use of land. Property development is perhaps the most egregious current example of private profit at social cost and returning a large proportion of the gain from planning uplift to the community is an immediately appealing consequence of introducing LVT.

But for me our alienation from the land—our economy’s most valuable natural resource—is at the root of our alienation from nature itself and from our own freedom. This does not mean that we all need to be peasants but it does suggest that the way of the whistling gypsy may be a surer route to happiness than the way of the suited business executive or the zero-hours-contract worker for whom he creates a job.
.
Tweet
Posted by Molly at 07:55