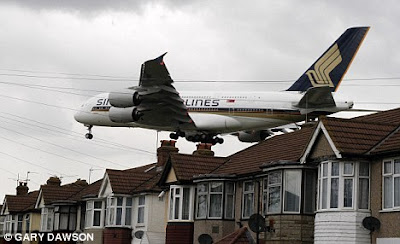 In the era of ecosystem assessment it is essential that we all understand how limited are the techniques for pricing nature. This post is rather dull and technical but shares what I hope is useful information about what the ecosystem assessors are up to. There are a number of actual techniques that can be used to create pseudo-prices for aspects of the environment. According to David Pearce all have two stages: first the economic value must be demonstrated and measured; second, it must be captured or ‘appropriated’.

This is the most straightforward method, since it begins with the existing market cost that needs to be paid to restore the environment to its pre-existing state. If the environmental problem we are considering is pollution from a factory, for example, the price is whatever it would cost to clean up that pollution. If this price is not enough to protect the intrinsic value of the watershed which absorbs the pollution, then a technique of ‘shadow pricing’ might be used as well—adding to the cost of the clean-up an additional value which reflects what people would be prepared to pay to have their watercourse restored. Sometimes these market approaches aim to restore the value of something that has been destroyed by pollution, for example paying a farmer the value of a crop that could not be sold because it had been contaminated.

This name appears to bear little relation to the technique it describes, which involves costing the substitute that can be offered to the consumer who has lost out because something they value in the environment has been destroyed. Examples might be the cost of installing insulation to prevent noise from aircraft destroying the peaceful enjoyment of the home or the cost of travelling to a park that is far from a person’s home because the nearby park has been used as development land by a supermarket.

Hedonic pricing involves using markets that do exist that approximate to the goods or services that are destroyed and using the prices that are paid in that market to impute a price to the non-tradable commodity. The price that exists in the real market is considered as an implicit price for the missing market. A popular example is the ‘hedonic housing market’, which relates the price premium for homes in a certain area to the value people place on the peace, proximity of green space for leisure, low levels of noise pollution and so on in the local environment.

The previous methods are all conducted by environmental economists working from existing data and in the quietude of their offices. In experimental methods they venture into the world and discover how much people value aspects of the environment by asking them directly what they would be prepared to protect it. In a method known as ‘contingent valuation’ people are asked what they would be willing to pay to protect their local park or to avoid having a nuclear power-station built in their community, for example. The method known as ‘continent ranking’ or ‘stated preference’ involves how much they value an environmental good relative to other goods which are actually bought and sold in a market, enabling the researcher to fix the relative price of the environmental good that they are interested in.

It is clear from these various techniques that they are hugely complicated (and expensive) to calculate and that the prices that are arrived at can never be considered to have a definite relationship with the value people place on the environmental good or resource that is under threat or has been lost. An environmental economist would argue that, in a society where markets dominate, pricing the environment, no matter how inadequately, affords the environment the best protection. Critics might suggest that a more pragmatic conclusion would be that there are areas of life too precious to be included in the sphere of the market.
. Tweet
Posted by Molly at 07:25