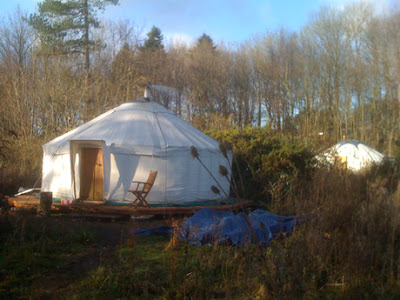 In a comment on an earlier post to this blog, a reader asked where George Orwell is when we need him. I believe I may have found the answer: he has been employed as a Discourse Adjustment Analyst in the Department for Communities and Local Government, where doublethink is thriving. How else could we have a planning document that draws its title from the free software movement and yet is deliberately designed to commodify nature and sell it to the richest developer? His work can also be seen in the title of PPS4, called Planning for Sustainable Economic Growth, published under the Labour administration. It is rumoured that he will shortly be setting us his own consultancy, Oxymoron Inc.

During a training session organised by two members of the Planning Officers Society earlier this week I was told that my definition of Localism was entirely wrong. In spite of any lingering hopes about the Localism Bill, the trainers made it clear that it is hierarchy dressed up as subsidiarity: ‘The localism agenda is there to promote growth’ was the message. The National Planning Policy Framework has a presumption in favour of development where no core strategy exists, as in Stroud, and now that the Regional Spatial Strategies have been swept away this leaves us extremely vulnerable.

Unsurprisingly, the voice of the developer, the British Property Federation, has welcomed the new Framework. The changes are all, apparently, about efficiency and the removal of red tape: 'The planning system has become unwieldy and needs to be pared back'.

While regional planning has been all but swept away, there is a new level altogether: that of the neighbourhood. This is as yet undefined for urban areas, but in rural areas must be defined by parish boundaries. Neighbourhoods will be able to organise themselves to develop their own plans and, so long as they stick to the council's plan, the council must provide them with expertise and fund a referendum on the plan. If the neighbourhood votes in favour the plan must be followed.

This is not quite as exciting as it sounds, since the system is still hierarchical so that the neighbourhood can only make minor changes. For example, if it has been decided by the higher-tier authority that nuclear waste will be desposited in your neighbourhood, you are only at liberty to decide its precise siting. As the recent decision by Eric Pickles to permit the dumping of radioactive waste in a community near Peterborough that had clearly voted against this course indicates that the real motivation is profit and the real power still the national government.
. Tweet
Posted by Molly at 17:27