What the Frack is Going on? 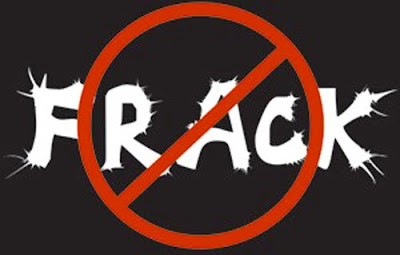 I must confess that my disappointment at learning of the advance of the shale frackers into my backyard rapidly morphed into the miserable realisation that I am going to have to learn about a whole new energy technology. Unwanted technical knowledge is the inevitable lot of the environmental activist. The shale oil drilling has reached public consciousness because of the suggestion that the operations of the Cuadrilla company near Blackpool has caused two minor earthquakes. In my backyard there are threats of similar developments by a previously unknown company called Coastal Oil and Gas which has already submitted plans to begin drilling at Llandow industrial estate in the Vale of Glamorgan.

There is limited information available about the Bridgend-based company Coastal Oil and Gas, although local campaigners claim that it is a husband-and-wife team which is fronting up a major investment from a larger Australian company. Certainly, whatever the past activities of the company they appear to have left no internet trace. The difficult question for me is precisely how this company came to own the rights to what is a natural resource. My best information so far is that, in our bizarrely feudal system, all land in the UK, and the resources in it, belong to the Crown. So can we assume that Gerwyn Williams, MD of Coastal Oil and Gas, has taken a trip to the palace with an envelope of greasy tenners? Answers to this question would be very welcome.

Although the quantities of gas available appear to be fairly limited, the race is on to profit from this latest energy boom. In South Wales this boon for a tiny number of people while the majority bear the cost has haunting echoes of the history of coal. It was a small number of English coal barons who grew fat, while the working people of Wales suffered and died in the pits. This time around there should be no permission given to exploit natural resources unless the value of those resources is shared fairly amongst the local community.

You can post your opposition to fracking and support the call for a moratorium until a participatory democratic process guaranteeing environmental safety and fair sharing of the proceeds here.
. Tweet
Posted by Molly at 07:44