A Land Theory of Value 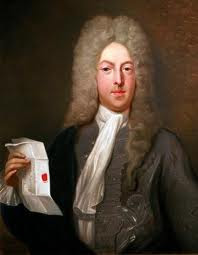 It must be something to do with the way that George Osborne is channelling David Ricardo, but I do keep coming back again and again to his liberal economic theories. Ricardo's Labour Theory of Value was particularly influential on economists of the succeeding generation, including Robert Owen and Karl Marx. Both derived from it the idea that there was an inherent unfairness in those who created value through their work losing a share of it to those whose only contribution had been capital.

Marx argued that the only way to wrest the power to extort economic value from the rentier class was via violent revolution. Owen, meanwhile, sired the co-operative movement and enabled generations of working people to establish their own non-exploitative businesses and to gain access to their necessities without becoming involved in exploitative consumption systems. But what about if the labour theory of value was itself a mistaken route? Throughout the 19th century the focus of economic theorising and political debate was on labour, but as the opposing forces of labour and capital struggled over the share of production, the real source of value, the planet itself, was sacrificed.

The labour theory of value replaced an earlier system of economic thought developed by the physiocrats, whose foremost thinker, the Irish economist Richard Cantillon, worked according to a land theory of value. It was these theories that were overturned by the classical economists and their neoclassical inheritors, who lost sight of the real value of land. The environmental consequences of this theoretical error are clear to see.

So how might we construct an economic system that paid due heed to the contribution of land as well as labour to the production of economic value? Could we imagine enterprises where the sorts of negotiations between producer and consumer that take place in co-operatives could be extended to include the planet? In a co-operative economy neither side should take too much, or be expected to give too much. In a green economy perhaps the planet should also be included as a negotiating partner, whose contribution is recognised and not exploited.
.
. Tweet
Posted by Molly at 09:11