Right or Left, or Right or Wrong? 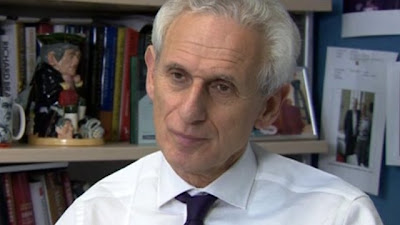 This morning I am going to do something I certainly never expected to do on this blog: agree with the business editor of the Daily Mail. Alex Brummer has published a book called Britain for Sale: British Companies in Foreign Hands – The Hidden Threat to Our Economy. Brummer claims that more than half of British companies have already been sold, and that 'foreign companies acquired £30billion worth of British enterprises in 2009. In 2010, that rose to a value of £54.5 billion.'

He claims that 'Foreign corporations also currently control 39 per cent of UK patents. This is far more than the percentage of foreign-owned patents in the U.S. (11.8), Japan (3.7) or even the European Union as a whole (13.7)'. He makes a strong argument that, when companies that were once British are bought, we lose not only knowledge about industrial processes, we also lose skills and are effectively selling off our tax base. Given the right-wing slant of the book, it is unsurprising that little is made of the inability of government's to take a strategic approach when companies are privately owned, never mind owned by overseas investors. This has been particularly striking, and particularly risky, in the case of our energy policy.

Brummer makes his case in a BBC interview with Nick Higham. In his interview, Nick Higham criticises Brummer's case as an 'old-fashioned view of protectionism'. Brummer responds that this is a question of national and economic security, rather than a challenge to global free trade. This position is, I think, inconsistent and even incoherent. It is also dangerously outmoded: more localised production and distribution systems are necessary because of their energy efficiency, as well as the higher levels of resource security they offer.

My own proposal for a bioregional economy has its basis in social justice, as well as security and sustainability. I would go much further than Alex Brummer dares and question why global corporations should wander the world, using their ill-gotten gains to buy up other people's resources. This is the root cause of global inequality, but also undermines accountability. Linking people back to their local natural resources gives them an incentive to protect them long-term.
. Tweet
Posted by Molly at 08:15