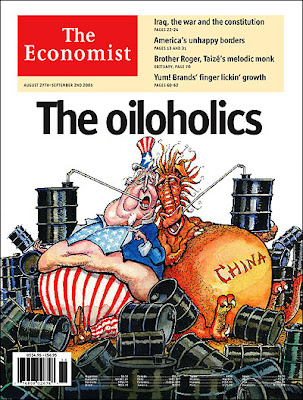 I was really cheered to see a comment on my post about the need to understand the economy as a complex system, pulling me up for not mentioning the limitations of a Keynesian approach in an era of ecological crisis. I covered this point in my earlier post 'A green paradox of thrift', but I am still encouraged to know that the no-growth position is now so established that people are reminding me about it!

When proto-green-economist Kenneth Boulding made his point about the need for a 'circular economy' he was using this conception as a contrast to the wasteful production-and-destruction economy that typifies capitalism, which he described as linear. Materials come in at one end, they are transformed using large quantities of energy into products, which are sold and usually become redundant or unusable within a short period of time. They have then become 'waste'.

Since achieving all her ambitions in terms of round-the-world sailing, Ellen Macarthur has set up a Foundation to shift the mode of the productive economy towards a more ecological circular pattern. She freely acknowledges this as a far greater challenge than the southern oceans. The aim is to ensure that nothing is wasted, that products last longer, and when they can no longer be used in their current form can be broken down and reused as components or as materials. Reducing energy is another key aspect of this 'circular economy'.

German MEP Sven Giegold has recently produced a report linking the Eurocrisis to European economies' dependence on fossil fuels. I cannot make this link work, perhaps because of the slow Broadband speed in my semi-rural idyll, but his conclusion makes me feel that it is worth my while to persevere:

'The increase in raw material import costs between the first quarter 2009 and third quarter 2011 equals on average to 50% of their current account deficit in the same period. The rising import bill is particularly affecting lower and middle income groups, as they have to spend a disproportionately large part of their disposable income for energy consumption. Consequently, convincing measures to overcome the euro crisis have to reduce the dependency on fossil fuels and other non-renewable raw materials: No stabilization of the Euro without a Green New Deal.'

It is important that we explain to people why public-spending cuts are bound to cause recession, that we help people to understand the economy as a system in which circulation is what matters, not individual transactions. But it is also important that we are clear about the false dichotomy of austerity or growth. I hate to have to say this, but what we really need is a third way, a way in which we maximise local, quality economic interactions, and minimise those based on the use of materials and energy. Qualitative growth, and growth in local economies would build greater resilience and happier communities. While we need to be austere with our use especially of fossil fuels, the austerity of the spirit should always be condemned.
. Tweet
Posted by Molly at 09:23