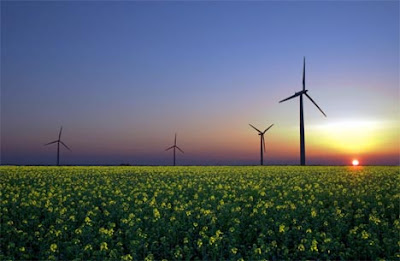 Renewable energy firms, campaigners and Ministers from all over the world waiting for a long over-due keynote speech on the environment were left feeling somewhat deflated last week, as the Prime Minister’s talk at the Clean Energy Ministerial fell far short of expectations. In a speech lasting just seven minutes, Cameron talked up Britain’s natural resources without actually announcing anything new. He said that clean energy, fossil fuels and nuclear would all have an important role to play in future. And in a nod to the Chancellor he stressed that the cost of renewable energy must fall – without setting out ways to drive the investment that’s needed.

David Cameron knows the idea that clean energy is antithetical to a growing economy and a thriving business sector just doesn’t stand up – our full page ad in the FT last week pulled this argument apart. Renewable energy is one of the few sectors growing while the rest of the economy stagnates. New research by the REA shows that the renewables industry already supports 110,000 jobs across the supply chain. The Offshore Valuation says that using just one third of the UK’s wind, wave and tidal resource could create 145,000 more – developing this sector would allow us to export technology and expertise.

When the Electricity Market Reform Bill enters Parliament this year, Ministers will have a once-in-a-generation opportunity to change our broken power market for the better. It’s a chance to end the stranglehold of the Big Six energy firms keeping the UK hooked on expensive fossil fuels, and provide better support to new and smaller companies developing clean British power from our wind, sun and sea. That’s why Friends of the Earth has launched its Clean British Energy campaign, calling on the coalition Government to bin the ‘bad-for-business’ rhetoric and commit to clean energy and a low-carbon future.

Crucially, a switch to clean energy and greater energy efficiency will bring much-needed long-term relief to the pockets of hard-pressed bill-payers – energy regulator Ofgem says it’s our reliance on gas that has driven up fuel bills in recent years. With six million UK households struggling to stay warm in winter, the need to shift from costly gas towards renewable alternatives has never been greater.

If David Cameron is serious about driving down the cost of renewable energy and driving forward low-carbon growth, he needs to act fast. It’s been two years since we were promised the “greenest Government ever” – with the UK entering a double-dip recession, now is the time to deliver.

Join over 7,000 people who have already taken action, and add your voice to the call for a switch to clean British energy at www.cleanbritishenergy.com.
. Tweet
Posted by Molly at 07:48