Personal carbon allowances - Can we make a start?

A guest post by Ian Smith, a renewable energy consultant 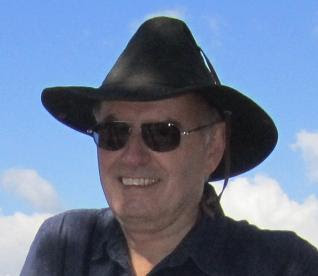 I believe that some form of personal carbon allowance, at least from an ethical perspective, is something that we should be striving for.  However, I have no illusions about the difficulties involved in implementing any such scheme nationally, let alone internationally.  Leaving aside the political barriers, even with the internet, the transaction costs look like quite an impediment.  Having looked at a number of these systems, including David Fleming's TEQs, I started to think how one might run a much simpler proxy, and possibly as a precursor, for the idea.  I am suggesting that people in the public eye be encouraged to publicize their footprints.  This may seem like a request for them to shoot themselves in the foot (excuse the pun) as most of the people in the public eye (sports people, business people, actors/actresses, politicians and other celebrities) are likely to have higher than average footprints but, if some could be persuaded to do so, and the media encouraged to use the information then public and peer pressure for others to do so could be quite compelling.

1. Set up a website where people in the public eye are invited to record their footprint every year. The inputs to the calculation would be confidential but the final footprint number would be in the public domain and available for the general public & media to access and use. The website should include a date stamp with the footprint to advise users on its currency.

2. There should be a specified or dedicated calculator capable of covering international lifestyles. It should include some provision for estimating embedded emissions in goods and services consumed. Note that calculators suitable for the UK may not be suitable for other countries. For example, green electricity tariffs have little true additionality in the UK, but the case may be different elsewhere. Similarly, carbon intensity of electricity varies widely.

3. There should be no provision to credit carbon offsets though these could be recorded as a separate output.

4. Encourage the media to add the person's footprint when introducing (or subtitling) them – so “XX, CEO of YY” becomes “XX, CEO of YY, 25 tonnes”.

The combination of the website and the publicity would have a number of benefits. First, it would put pressure on such people to reduce their footprint year on year. It would, if done professionally, encourage others to publish theirs. It would raise awareness of the gap between individual emissions and sustainable levels and facilitate the understanding of the issue of personal carbon allowances.

Whilst the web site should include information the methodologies used in the calculator(s) and on what constitutes a sustainable level, it would probably detract from its role to include awards (or, indeed, naming and shaming). That should be left to the media. Indeed, this would probably be seen as an incentive by the media to cooperate. The calculator would need to be compromise between accuracy and simplicity to encourage take-up. Since the main purpose of this suggestion is to raise awareness, accuracy is not a prime concern.

When tested on others, this idea has tended to polarize opinion as to its viability. What it needs is a sponsor who believes it is viable with the web skills and media connections to take it forward. Suggestions - or even volunteers - welcome.
. Tweet
Posted by Molly at 17:04