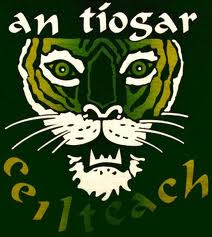 Today we are likely to witness the death of what Richard Douthwaite once called 'De Valera's Dream'. The dream of an Irish people in control of their own destiny, proud of their culture and their bountiful resources, confident in their ability to follow a different and better path to that of their erstwhile coloniser. But while the Irish were smart and brave enough to escape English military domination they misunderstood the dangers of the more subtle currency colonialism to which they are now subject.

At last Ireland's politicians are talking about sovereignty, but they are 20 years too late. Sovereignty was lost when the country opened its border to US finance and when it allowed its domestic economic policy to be controlled from Germany by joining the euro. As in Iceland, the policy was driven by a tiny 'business' elite who benefited most from the inflation in asset prices and the development boom. The masses were lured into support by cheap money and tawdry consumer goods: a poor price for the loss of independence.

It is tempting to ask how many of Ireland's politicians really believed that they could control that beast whose misnomer is of epic proportions: the Celtic Tiger. An economic policy designed in corporate America, driven from Frankfurt and labelled by Baudrillard was always going to end in tears. The finance-driven model of economic development led, as it always does, to social instability, inequality and ill health, as documented in Feasta's 2004 volume Growth: The Celtic Cancer. A model of growth based on uncontrolled, undirected growth in this way can never be either socially or environmentally healthy.

De Valera's model of development came with a narrow parochialism and stifling Catholicism that would be unacceptable today. But in its focus on indigenous resources, the agricultural sector and cultural specificity it has much in common with a bioregional approach to economic development. The vision of a self-reliant economy that uses its own resources for the benefit of its own people may now seem more appealing than a turbo-charged boom-and-bust model, especially when that automatically implies a loss of democratic control and environmental sustainability.