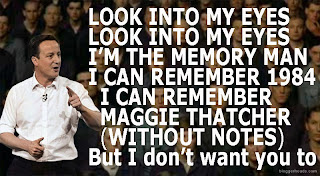 The first time that I was in the uncomfortable position of agreeing with Conservatives was some ten years ago when, on behalf of the Green Party, I joined the national campaign against Britain joining the Euro. The pro-finance and little Englander Tories felt the need for a bit of breadth and so invited Euro-sceptic former foreign minister David Owen, a couple of anti-European Labour MPs and a representative from the Green Party to join them.

Around the same time I published a chapter in a book called Implications of the Euro: A Critical Perspective from the Left. In my chapter I discussed the ways that a single currency would force the pace of political change in a way that the institutions could not follow and would alienate the peoples of the countries involved. This, and the growing tensions between nations that would be created, could threaten the future of the European project as a whole. The self-interest of finance could overwhelm the common interest of peace.

This morning I believe we have seen these predictions come to pass. This is why I believe that David Cameron was right not to join the treaty although, just like the Tories on the anti-Euro committee a decade ago, we could not be further apart in terms of the economic route Britain should follow. Cameron's interest is almost entirely to protect the City and to avoid its spivs and speculators from being forced to consider the social consequences of their actions. However, some in his party are articulating concerns about democracy that I still believe have merit.

It is tempting to believe that the European institutions might impose acceptable standards on the City, just as they have forced us to improve our environmental standards and reduced exploitation at work. But the problem every time has been that we have not had the power to make these decisions democratically. We do not elect people with sufficient power to make decisions at the European level and so these decisions have no more political authority than the current unelected prime ministers of Italy and Greece.

The democratic deficit is more threatening to the aims of the EU than the collapse of the euro. For many years the single market and then the single currency were ambitions driven by business to serve its interests. They have utterly distorted the institutions of Europe and have alienated many of the people of Europe from this organisation that was designed to protect their peace and prosperity. How else can we interpret the huge votes in many of Europe's most loyal members for parties of the nationalist right?

Although the details of the new treaty are as yet unclear we do know that it will involve allowing unelected European officials to set levels of spending and rates of taxation in countries over which they have no democratic mandate. The Euro always constrained monetary policy and therefore reduced the room for manoeuvre in terms of fiscal policy. But as the fiscal straitjacket is imposed, and austerity follows, it is Europe and the other nations that make up the continent that will be blamed by the citizens of the countries who suffer.
. Tweet
Posted by Molly at 07:32