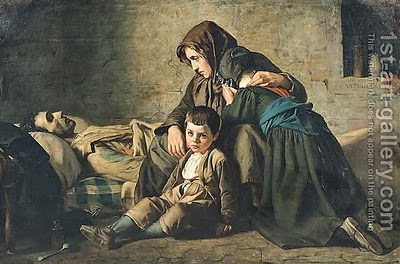 The role of McKinsey, the US-based management consultants, in spreading the new gospel of corporate capitalism around the world has been widely noted. A new report now makes clear how the creation of the concept of 'ecosystem services' was always, as some of us have long believed, a step towards the commodification and sale of life itself. In spite of the clear evidence that globalisation has resulted in rising rates of inequality and ecological destruction, the report, called Resource Revolution, argues that what the world needs is more capitalism, not less.

Green economists have long been arguing that the two centuries of focus on labour and capital and the sidelining of land has been a mistake. McKinsey have now caught up, concluding that:

'In the 20th century, governments and businesses didn’t have to worry about resource productivity; they could focus on capital and labor. Over the next 20 years, resources must be at the heart of public policy and business strategy.'

The report provides a range of scarey statistics about rising population and increasing demand for resources, but then reassures readers that these offer tremendous opportunities. Unsurprisingly given its source, the opportunities are for businesses to take control of global assets and then organise their distribution. This is justified by the claim that the McKinsey model can offer the necessary increase in resource productivity.

Although couched in 21st century language, this is precisely the same argument made by the 18th-century improvers, who provided the intellectual justification for the theft of land during the Enclosures. Then, as now, the role of politicians was limited to freeing up the market ('unwinding subsidies'), making capital available, guaranteeing property rights. Oh yes, and providing safety-nets for those 'very poor people' who may lose out to deal with change. Perhaps we could ask McKinsey to hold a public meeting to discuss their findings - I'd like to suggest we book the Speenhamland Village Hall.
. Tweet
Posted by Molly at 13:58