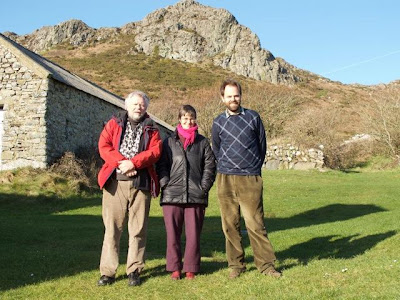 Why should we look after each other? Why should we have a concern for each other's welfare? Today we launched Green House, an environmentally focused think-tank and one of our initial papers was on the theme of welfare. What we found is that welfare systems have a range of different motivations.

In Britain we have never had a welfare system that was motivated by our commitment to care for each other; rather our system is focused on the labour-market. Pensions reward people for service to the economy; sickness and unemployment payments support people while they are temporarily unable to work; and more recently child tax credits support women with children also being part of the labour market. Our welfare system is designed to support a growing economy rather than a happy society.

In the paper we re-imagine a welfare system designed to ensure real social security, while recognising that we have an ageing population and that our economy has to stop growing. This takes us to several controversial conclusions:

- the close historical connection between welfare and the labour-market should be broken;
- the idea of an official ‘retirement age’ should be abandoned, to be replaced with a more flexible approach to social contribution and dependence through the life-course;
- we should re-open the discussion about the usefulness of a relative definition of poverty in the context of a limited planet.

This is not a prescription for a nanny state: quite the reverse. We suggest that citizens should be given the skills and assets they need to provide better for their own security, either individually or within local communities. A green economy would be based on strong local economies and sustainable livelihoods and we argue that such an economy would, in many respects, reduce the need for a costly social support network.

Finally we welcome Iain Duncan Smith's suggestion of the need for a universal approach to welfare, but we take this suggestion more seriously than he dares to by proposing the introduction of a universal payment—a Citizens Income - paid to all citizens of the UK as a right and without work-based qualifications.

The debate about welfare is dishonest and divisive: commentators focus on the tiny number of so-called welfare scroungers when the overwhelming majority of welfare spending goes to the increasing number of pensioners. Most importantly, from a green perspective, we ignore the way that defining poverty assumes, as well as requiring, continuing economic growth which cannot be maintained within the fixed limits of the planet.
. Tweet
Posted by Molly at 18:43