The Joy of Lean Logic 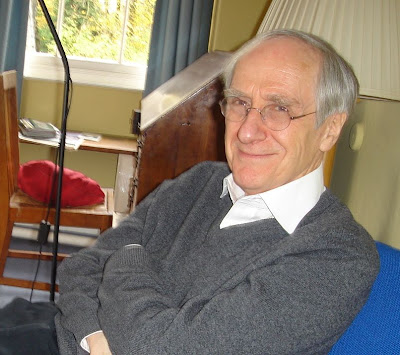 Shaun Chamberlain, the self-styled Dark Optimist, has provided a tribute to his friend and mentor David Fleming, the green economist who died at the end of last year. He has painstakingly seen through to publication David's masterwork Lean Logic.

I find this a rather bizarre coincidence, since I was sifting through my sheet music over the weekend and came across my ring-bound copy of one of the many drafts that the book went through during David's life. He found it hard to give it up for publication, and it was also typical of his style that more of the bulk of the book is taken up with definitions and notes than with the book itself.

But this is the very beauty of it: each definition perfectly honed like a miniature, capturing David's wisdom and understanding. There is something that strikes me as Japanese in this. Western culture might consider it misguided to focus on the detail, but this is what David did so expertly, and no doubt why he was right about so many things. Here is a wonderful example - David's definition of 'Tactile Deprivation':

I do doubt the political or even social value of the concept of 'leanness', which seems so close to meanness and reminds me of the frugality that was once made the unbidden title of one of my own papers by well-meaning green editors. We might be just about able to sell thrift, but frugality and leanness are not going to win people around to our vision of a no-growth economy.

In fact, I also have objections to logic, but let none of this detract from the extraordinary achievements of David's life, now celebrated by Shaun on a dedicated website. And please buy this book and keep it by your bed alongside the sayings of the Dalai Lama. While David may not have reached his level of contemplation he knew a great deal more about economics.
. Tweet
Posted by Molly at 08:14