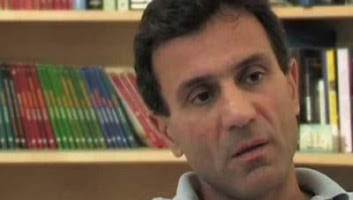 The frustrating reality of the situation we face in this unwarranted Age of Austerity is the difficulty of turning the anger against the banks and the unwillingness to pay for their corporate corruption into meaningful political action. While it seems unglamorous the answer may be to establish a national Audit Committee.

This idea comes from Ecuador, where President Correa was elected in 2005 to preside over an economy which was oil-rich but whose wealth was being drained whose people were left in poverty because 50% of national income was being spent on servicing foreign debt. The Audit Committee was established to investigate who were the creditors and how they had persuaded the former politicians to take on the debt. Eventually, it found that some 70% of the debt was illegitimate and the creditors were forced to sell at reductions of around 90%.

The story is told in a film called Debtocracy, whose main focus of attention is the debt situation in Greece, where a national Audit Committee has been established. The idea has now spread to Ireland. Exploring the sources of and responsibility for national debt can help to shift the violence in the streets towards a quasi-judicial process and may help to focus political anger, but as London-based economist Costas Lapavitsas makes clear in the film, these are political rather than economic or legal decisions.

The film also helpfully resuscitates the concept of 'odious debt', created by the US in the 19th century to enable it to repudiate the debts it inherited from Spain when it conquered Cuba. It used a similar legal wheeze to renege on Iraq's debts after the 2003 invasion, although it kept this quiet for obvious reasons.
. Tweet
Posted by Molly at 09:08