Rule of Law is that Money Talks 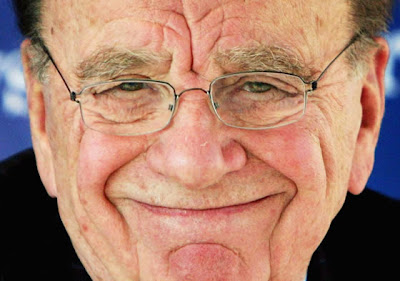 The term financialisation has been coined to describe the process where, in late capitalism, all systems of values have been hollowed out and money alone remains the driving-force of economic and social life. The Skygate saga demonstrates clearly the distorting effect this process has on political life.

We are receiving our information about the nefarious activities of News International employees through the lens of the media and so it is inevitably distorted. The focus has, as so often, been cast away from the political and onto the personal. From sordid to disgraceful, the adjectives available to describe a person who would profit from the grief of the parents of a murdered child have grown tired with use. Yet this is not the most serious aspect of the current crisis: that lies in the way the media barons, led by Murdoch, have undermined our democracy.

Our politicians make the laws. Rupert Murdoch's minions have gained control over those politicians by illegally acquiring information about them through hacking into their phone messages. So we have no laws to constrain the the media or to limit them to the role appropriate in a democratic society. Such a claim was made by Adam Price, who later withdrew from public life, although his blogs on the subject are useful evidence. His rhetorical skill and political insight singled him out amongst our dreary politicans - was his decision to quit another proof that the rotten alliance between media and power is destroying the health of our democracy?

Our police should enforce the laws, yet for years it appears they have been bribed by News International: through wining and dining and the open payment of cash for stories the police have been bought by the media. Can we still believe that they are 'our' police, enforcing the laws on 'our' behalf. The Jo Yeates case is just the latest where the interests of justice have been sacrificed to the interests of media power and profits.

This post may seem inappropriate to a blog dedicated to economics, but it is not. The theory of financialisation predicts exactly this sort of behaviour in response to a process where values are lost and only money remains of importance. A public enquiry into the behaviour of our newspapers and broadcasters will not solve these flaws in our democratic system: only a fundamental restructuring of our economic system can do that.
. Tweet
Posted by Molly at 07:18