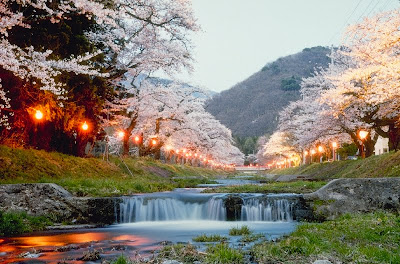 Across the world we are waiting to find out whether Fukushima is to join the list of nuclear disaster zones: a place which, once unfamiliar, becomes a household name. In spite of the familiar faces of 'nuclear experts' trailing through TV and radio studios, it is clear that nobody can answer this question. The situation is out of control and the only science that is relevant is statistics. We are in the realm not of knowledge but of chance.

As a retired anti-nuclear agitator I find it amusing to watch the Grimes and Grimston show. Their webpages indicate that both are pro-nuclear, yet their TV appearances are bravura performances of scientific disinterest and thoughtful reassurance. The emerging line is that the power-station was damaged in the earthquake, which seems to me to gloss over the fact that the reason it is in trouble is that electricity and water supplies have failed. Such failues are common even in highly technological societies, and can only become more frequent as climate change leads to more unpredictable and more extreme weather events.

But what does all this have to do with our canine companions? I have been afraid of dogs since I was a child. What made me suspicious was my instinct that they were not really domesticated. That somewhere within them lurked the potential for sudden savagery. I can still remember my rage when owners used to say blandly 'He won't hurt you'. 'He won't hurt you', I thought back, but that isn't really the point is it? Just as the owners of those dogs thought they had them under control, so the proponents of nuclear power boast of their ability to 'tame the atom'. But the release of the energy of the nuclear bond has always been a high-risk endeavour. The myth of control is undermined by routine emissions and occasional catastrophes. It cannot be any other way, which is why Greens have always opposed nuclear power.

When the unpredictability of the dangerous dog is expressed the damage is one dead child or a person with a patchwork face. These are tragedies, of course, but on a relatively small scale. The tragedies that will be caused if Fukushima is in the midst of meltdown will be far more devastating. Direct deaths will be the source of infinite debate, and may even be statistically massaged away altogether. The brave workers who sacrifice their lives to save their fellow citizens, like the Chernobyl liquidators, will have their courage insulted by scientific manipulation of data. Who knows where the indirect deaths will occur? If the emergency results in radioactive emissions into the atmosphere we will all spend the rest of our lives with a few more atoms of Caesium or Strontium ticking away, decaying unpredictably, within our cells.
. Tweet
Posted by Molly at 15:19