What Happened to the Icelandic Banks? 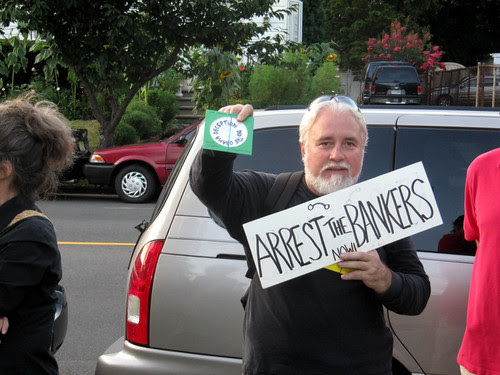 I have been following the story of Iceland on this blog for some time. Now an academic paper has emerged which tells in a better referenced form the story told by Gunnar Sigurdsson in his film Maybe I Should Have. It is a story of political corruption, as well as of greed, and of the co-option of regulators by politicians. It is, in microcosm, the story of the financial crises that have swamped Western democracies and left us facing economic depression and massive public-spending cuts.

The paper is by Robert H. Wade and Silla Sigurgeirsdottir and is published in the latest issue of the Post-Autistic Economics Review. Iceland is a classic case because it is so extreme: shortly before the crash the value of its banks was 11 times the size of its GDP. It was a huge financial pyramid standing on a tiny rock, and supported, unwittingly, by its 300,000 people.

Wade and Sigurgeirsdottir include some interesting details about how naive UK savers were sucked into filling the void left when the financial markets recognised the vulnerability of the Icelandic market and withdrew. The banks, Landsbanki and Glitnir, hoovered up the savings of UK investors who did not question the unfeasibly high interest rates and believed the words of the best-buy websites. When the banks went bust our government then repaid these savers for their risky behaviour, and has now sent the bill to Iceland.

There is corruption here as well as stupidity. Even after the collapse of Lehmans three UK local authorities invested £33 million in their Icesave accounts, 'as though their expensively paid finance directors were fast asleep' (p. 65). And as for corruption, following the rule that 'the best way to Rob a bank is to own it', in its last few months of life Landsbanki lent 36% of its capital to a few of its main owners, while Glitnir did the same with 17% of its capital. After years of avoiding the consequences of their actions, several Icelandic bankers are now facing prosecution.

'Iceland is the story of Icarus in modern dress. Icarus sought to escape from exile in Crete using a pair of wings fashioned from feathers and wax. He was warned not to fly too close to the sun. But overcome by the excitement of flying, he flew too close, the wax melted, and he tumbled into the sea. As of early 2011 his Icelandic counterpart is still in the water, paddling hard but a long way from land, and the direction of the current is unclear.'

The same conclusion could be drawn for all the post-bubble economies, and of course it is important that we 'learn the lessons of Iceland' in terms of crony capitalism and financial instability. But for a green economist the most important lesson is the need to reconnect finance with the real economy. When finance runs out of control the consequence in unsustainability as well as instability. An economy in a steady state would return money to its proper role as a medium of exchange. As Mary Mellor argues, it is this sort of money we should be moving towards to support a sustainable, provisioning economy. Tweet
Posted by Molly at 16:39