A Budget for Growth or a Balanced Budget? 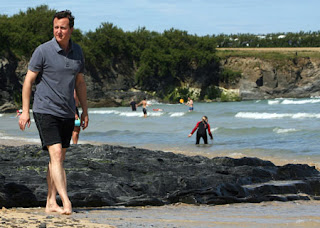 The voices of capital have been flooding the airwaves for some time with their demands for the budget. We already know that this will be 'a budget for growth' aka a budget that refuses to accept the planet's limits and permits a tiny elite to profit at the expenses of other species human and otherwise. So what can we expect to see from this 'budget for growth'? As Simon Jenkins points out, it will be the bankers, corporate bosses and corporate investors who will decide. His mockery of the so-called Project Merlin, headed up by Barclays boss John Varley is right on target. From spivs to wizards in a few short months.

A 'budget for growth' can be interpreted as a 'budget for business'. Vince Cable weakness was made clear by the secret recordings of his boasting to constituents: vanity. His speech at the Mansion House on 3rd March demonstrates a similar tone, together with an unpleasant attempt to cosy up and laugh off his former critical line with both bankers and business.

Cable identifies his central task as finding a way 'to strengthen a framework in which the private sector can grow the economy out of its current problems', which neatly addresses the deficit problem while ignoring the more fundamental environmental problems. The 'animal spirits' of our entrepreneurs are to be unleashed, while capital is to be encouraged to be more mobile than ever, a clear demonstration of the highly pro-capitalist nature of liberal economic policy. This also applies to its policy towards exercising social control over business. Far from the tyrannical opponent of corrupt business we have been led to expect, Cable undertakes to 'fight damaging regulatory impositions from the EU like the Working Time Directive'.

Perhaps most damaging of all, the speech contained a clear suggestion that the countryside would be thrown open to heedless profit-driven development in a desperate attempt to restore economic growth without regard to the environmental cost. We can expect to see Osborne's Economic Enterprise Zones being given special dispensations, since the underlying logic is one of growth at any cost.

For the first budget from the greenest ever government one would expect a genuinely balanced budget, that is to say a budget that prioritised the need to balance our demands with the planet's limits. This is the real balancing that is required, alongside a rapid shift away from the emphasis on finance and towards encouraging real production in the sectors required for the transition to a low-carbon future.

A policy to bring about this balance would be one that matched the money banks take out of the economy through bonuses with money invested in the sustainable economy. New legislation to equate annual windfall taxes with the amount banks allocated to bonus and other incentive payments could free two birds from one cage: putting a downward pressure on excessive salaries while generating revenue for investments in the public good.
. Tweet
Posted by Molly at 10:57