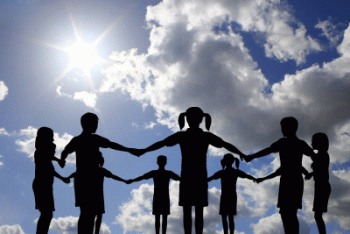 Although they are happening outside the arena of mass media, the discussions taking place over the threats to academic freedom resulting from the marketisation of our universities are anything but academic. They are a matter of principle, and in this case the principle has a name: the Haldane Principle. Rather disappointingly the Haldane in question turns out to be Richard Burdon Haldane, not the more glamorous and famous J. B. S. Haldane, geneticist and biologist, who was his nephew. The Haldanes were a family of Scottish aristocrats and the kind of erudite and radical men who we have often had to rely on to guarantee our basic freedoms.

Haldane established the principle that it should be those who do research who control how public funding is allocated, rather than the politicians who use their work. While this system has severe limiations, resulting in a club mentality and favouring the mainstream at the expenses of the cutting-edge, it has limited the influence of political bias in the allocation of research funds that come from the public purse. This system, which has operated since the establishment of the University Grants Committee in 1904, has now been abolished by stealth.

First we have the new delivery plan from the Economic and Social Research Council, with its key priorities clearly informed by the ideology of the government. The first priority to 'Enable the development of robust government and private sector strategies to ensure sustainable growth' leaves little space for an economist who might consider the encouragement of growth to be the primary threat to environmental and social health, while the suggestion that 'Social scientists also work directly with business to help people learn, enhance performance, innovate and deliver at speed' sidelines my key research question: 'What if business is the problem?'

In this context the second priority, 'Creating a better understanding of how and why people and organisations make decisions, and how these can be managed or influenced' and its supporting statement that 'research demonstrates and evaluates how interventions can promote a beneficial change in the behaviour of citizens' becomes rather chilling. Once it would have been the role of social scientists to ask what would be meant by 'beneficial'. Now this is assumed by the first priority and our job is rather to find the most efficient ways to manipulate citizens into the path chosen for them by the corporate-dominated politicians.

And now we reach the nub of the matter. Priority 3, 'Developing ways to enhance the role and contributions of citizens, voluntary sector organisations and social enterprises to create a vibrant national and global society' appears innocuous at first, but begins to seem more sinister once you read it alongside the phrase 'big society' and in conjunction with a recent article from the THES describing pressure that was brought to bear on the ESRC's oppo in the humanities field: the AHRC. A stronger article in Sunday's Observer is quite explicit about the pressure put on the AHRC to invest a significant proportion of its money into justifying the Big Society, at risk of losing its funding altogether.

The justification for the Haldane principle is that public money, raised from taxation, should be invested for the benefit of the public. It also assumes that researchers, rather than politicians, are best placed to decide how that benefit might be determined. Funding councils have assessed competitive bids for these funds on the basis of quality, not political acceptability. The abolition of this principle in favour of research priorities determined in Conservative Central Office gives an interesting new twist to the adage that 'knowledge is power'.
. Tweet
Posted by Molly at 11:58