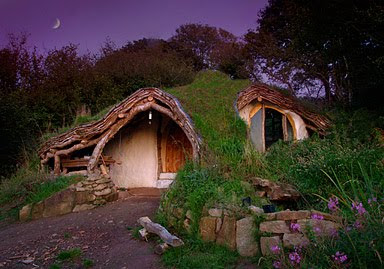 I am grateful to The Land magazine for keeping tabs on the development of land use policy in Wales. In spite of the recent consultation over access to the countryside in England, there is little serious linkage between land ownerhship, sustainability, and food security in the English shires. By constrast, what is happening in the newly devolved territories of Scotland and Wales may be the beginnings of a revolution.

Perhaps because the history of exclusion from the land is still kept fresh in Scotland, the emphasis there was on taking control of land for local people and on the need for a land reform. Such demands are commonplace across the world but are less commonly heard in developed and industrialised societies, where people appear to find it hard to imagine any alternative to wage slavery. Unlike in England, these are not marginal ideas from cash-strapped campaigners, but significant planks of the policy platform of the governing party.

The Scottish Green Party is creating a buzz with an attempt to put onto the agenda the question of how to share fairly the proceeds from rent of the land: its survey of the potential for a Land Value Tax in Scotland is a useful model for England and Wales to follow. The proposals suggest a simple switch from the regime of business rates and council tax to a system of taxing the land itself. This would make 75% of Scots better off and achieve some wealth redistribution, but the data needed to make a more thorough assessment of how land is owned and used - and who gains the benefit - is still beyond the pocket of a political party like the Greens.

In Wales, meanwhile, the focus is on using planning policy to encourge sustainable lifestyles, and to replace the prejudice against low-impact lifestylers by offering them real legal support in developed sustainable livelihoods from the local land. With its technical guidance note TAN6, published back in the summer, Wales has followed the lead of Pembrokeshire County Council in supporting the right to build in the countryside of those who make their livelihood locally and in a sustainable way.

The policy is called Planning for Sustainable Rural Communities but includes the revolutionary section on One Planet Development, as well as support for self-build, the development of rural micro-business, and exceptions to uniform development bans to support such sustainable rural livelihoods.

As Simon Fairlie concludes, 'TAN 6 is a welcome departure from English planning policy guidance for the countryside.'
. Tweet
Posted by Molly at 10:40

Labels: land reform, land value taxation, The Land is Ours