Given the coalition government's support for co-operative and mutual forms of economic organisation, some colleagues recently suggested the adoption of a stakeholder ownership model along the lines of the John Lewis partnership for the higher education sector. Universities, they argue, have weak governance structures, enabling managers to extort excessive salaries:

'The governance roles of university councils or boards are formally similar to those of shareholders. But they are a poor proxy for shareholders - as they make no financial investment, they have no financial vested interest to defend. If shareholders cash out, this can signal falling market confidence, threatening managers' jobs. But if members of governing bodies resign, there is no market to register doubts over organisational performance.'

They propose instead that the assets of universities should be placed into a non-revocable trust who aim is defined as 'the happiness of all its members, through their worthwhile and satisfying employment in a successful business'. As in the John Lewis group model, employees gain the value from their work, although in this model the management of the university remains with the hiearchy.

It is important that a new and consensual model for university governance is found. The removal of most government financial support for courses is a major step towards privatisation. Over the next few years, as income to universities falls, some will be faced with closure and external or management buyouts will become a serious threat. Meanwhile the private and corporate universities (such as the prototype Hamburger Degree launched by McDonalds last year) are reducing still further the requirement for education rather than training from our higher education providers. 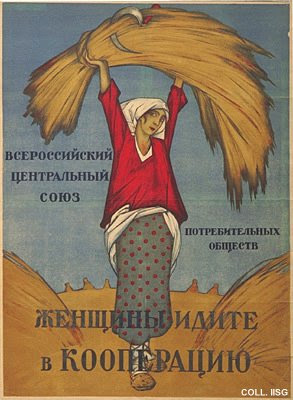 So ownership matters; but so does control. Why leave the management of the universities in the hands of those who have managed to best compete in the internal bureaucracy? Why not move beyond the trust model towards a fully-fledged multi-stakeholder co-operative? Who is better placed to decide the strategy for the university, and the content of its curriulum? A manager, or the academics and their students?

Co-operatives-UK recently commissioned some market research to demonstrate just how well co-operatives are doing in terms of public perceptions. Nearly 80% of those questioned knew that co-ops share their profits, 75% considered them fair and 73% knew they were owned by their customers. Around two-thirds thought co-operatives could be trusted and operated for the public good. They were also thought to be honest (63%), open (59%) and democratic. What better people could there be to take charge of our young people's education? Tweet
Posted by Molly at 08:49