The Economist as Shaman 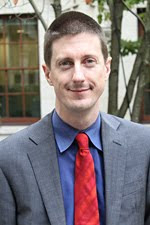 Economists have taken a fair old beating in recent years, culminating in the unedifying spectacle of a group of them finding themselves unable to find adequate answers to their sovereign's questioning about how they justified their existence in being asleep on watch during the most serious economic crisis in a century. When the Queen raised this question at the LSE in late 2008 she was reassured by the attendant academics that they all thought they were doing the right thing.

I am sure Her Majesty is not alone in wondering what our economists are up to, and perhaps it is timely to ask a wider question about what economists are for. Given the way that academic economists have made themselves irrelevant with their self-referential number-crunching, and the professional economists have put themselves beyond the pale through their economical approach to ethics, it is understandable that the role of an economist might not be an attractive one to today's generation of young people. So I am opening up a new research project to try to pin down what might be the role of an economist in a sustainable society.

This consideration is not about what economists do in our current society; instead I want to operate more like a social anthropologist, taking a step back and considering what an economist might be for in a general sense, rather than in the sense of a capitalist society in the early 21st century. Social anthropologists have the advantage of developing an in-depth knowledge of human societies vastly different from our own. They can thus develop a sense of what is essential about the way humans live together in community, and what is just superficial. 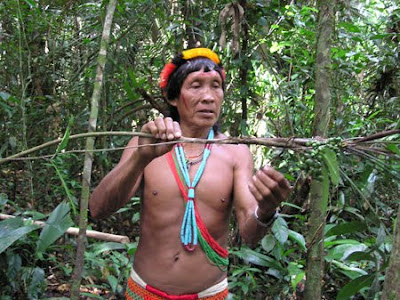 Clearly my proposition of the economist as shaman is a provocative one, and in some sense a thought experiment. The idea came to me because of my personal experience of the peculiar social and cultural role people were requiring of me, which reminded me of propitiation and mediation. Numerous people have expressed relief when I tell them I am not a vegetarian, or expect me to forgive them for making decision to fly to Australia to visit relatives.

Just as there is 'bad medicine' in causing too much disruption to natural relationships and the balance of creatures with the planet, so the modern shaman might negotiate our way to access resources that causes the least environmental disorder. Her or his role might be to mediate our relationships with the natural world, on which we depend for our survival. As resources become scarce and conflict over food, water and land intensifies, we might need to redefine the role of the people in society whose expertise lies in the area of resource use.
. Tweet
Posted by Molly at 09:13

Labels: economists of the future, London School of Economics, role of the economist