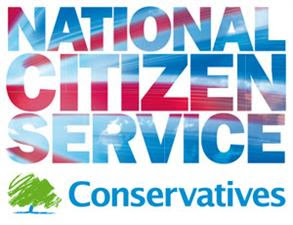 When Robert Owen introduced the idea of time money to the world with the launch of his Equitable Labour Exchange in 1830, he was inspired by the injustice of the fact that the money system enabled the powerful few to steal the value created by the powerless and overworked many. As I wrote in an account of Owen's radical banking activities published to mark 150 years since his death, 'The inspiration for Owen’s unpredictable journey to understand and reform money was his concern to achieve justice for the working person, and an understanding of the nexus that, within a capitalist economy, links money, work and inequality.'

The Tories blundering proposal that those who 'volunteer' to help elderly people will be given 'care credits' that they can then invest for 50 years and claim on to pay for their own care in due course demonstrates clearly the paradox of the Big Society. I have nothing but praise for genuine time banks, where local people share services and the local community is strengthened. But an attempt by the state to intervene in such schemes can only serve to undermine their credibility.

Once 'volunteering' becomes institutionalised and rewarded through an official alternative money system it is no longer voluntary but a poor substitute for a national system of essential public services. The world before such public services was a world of gross injustice, where political and economic power lay in the hands of the few and mutual aid was the only hope of a dignified life for working-class people. Political action led to the taming of the market and a fairer sharing of its product in parallel with the growth of the public sector and we should not now let our concern to defend what is public prevent us from campaign with equal energy against the theft of economic value in the private sector.

The fire of injustice that spurred Robert Owen to create his own money lives on as an inspiration for the Co-operative Bank, which says on its website, 'Owen argued that the acquisitiveness of capitalism encourages deception and the dehumanisation of others. This is especially so where employers fail to give either customer or worker full value for money as they cut corners in their quest to acquire as much profit as possible for themselves.' This is the real purpose of time-based money schemes: to humanise and introduce justice into the private sector, not to provide a diversion from the destruction of the public sector. Tweet
Posted by Molly at 06:53