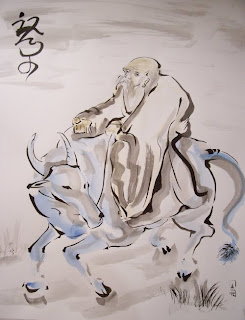 Now that our national strategy of using finance to energise the economy has been seen so spectacularly to fail, the favoured option of the pro-capitalist, pro-globalisation ideologues is to follow the export-led growth model. Hence our Business Secretary Vince Cable, together with the Prime Minister and several other cabinet members, has headed off to China to advertise what real products we have to sell. The wares as advertised are a motley collection with a resonance of the Sunday-morning car-boot sale. Much of what is on offer, from randy pigs to shit treatment, is distinctly unglamorous. We can only assume that there are major arms deals behind the scenes to justify the cost in sparse sterling and carbon emissions.

Vince Cable has drawn attention to three items which make it intensely challenging to take seriously the Coalition's claim to be the greenest ever government: Jaguar cars, tourism, and education. The environmental impact of encouraging China to consume more in these three areas is deeply disturbing. Latest World Bank Figures show that only 22 people in every 1,000 in China own a car, compared with 463 in the UK. To you this is a relief; to Jaguar it is the biggest market opportunity in the world. You can almost hear them salivating.

In my own sector, education, the encouragement of Chinese students to learn in the UK represents an alternative to supporting our own students in higher education. But the environmental consequences are equally stark. Each return flight a Chinese student takes creates around 5600 kg of CO2, some five times the annual limit under the Contraction and Convergence framework that the Liberal Democrats apparently support. Many of our students travel home and back more than once in a year.

The composition of the trade delegation is also unsurprising. According to the Washington Examiner, the businessmen on the trip include executives from Royal Dutch Shell PLC, Tesco, Barclays bank and Diageo. This is a recovery strategy designed by corporations to serve corporations. Little help here for the struggling small business in a provincial town.

China's dominance in material production is recent; its contribution to spiritual wisdom is ancient and still valuable. Here, in the words of Lao Tzu, Cameron might acquire some strategic guidance:

'When rulers take action to serve their own interests,
Their people become rebellious;'