Currency to Serve People and Planet 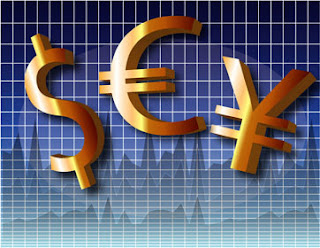 We need to see the Irish tragedy as part of a wider picture: the ongoing currency wars and the struggle for domination of the global capitalist economy. Since 1945, the US has enjoyed extraordinary power as a consequence of the Bretton Woods Agreement that the dollar should be acceptable in the place of gold as a global numeraire. Since the US reneged on its promise to support its currency with gold in 1971, its government has been able to print dollars at will, and claim goods in return. This, more than anything else, explains the decadent US lifestyle - and its planetary consequences.

Europe's response, after years of decline and unfair competition, was to establish the Euro. This was a fatally flawed strategy since, unlike the USA, Europe is not a natural currency area, and there is no single democratic body that matches the currency area. Hence it has always operated like a strait-jacket, with some currencies having interest rates too low for their needs (hence the Celtic boom and bust) and others having interest rates too high. It was Germany's currency, the Mark, which gave the Euro its credibility, and the German economy that provides the ballast for the currency. Hence what worked for Germany has been forced onto the other members of the Eurozone, with disastrous results for their national economies.

Yet the problem of dollar dominance persists. Hence Skidelsky's call for a 'bancor', or bank gold, a proposal for a neutral currency to facilitate world trade and form the basis for national currency holdings. This should be the call of the Irish people: global justice and a balanced system of international trade. This has been the call of the Chinese for some time. It is only because we live in the Anglo-American media bubble that our perceptions of the dollar demise are so distorted.

I have been calling for some time to consider the possibility of linking the new global currency to carbon emissions, thus putting an automatic brake on economic activity on a global basis, and rationing CO2 emissions by country. Another possibility is that the exchange rates between countries might be fixed in an inverse relationship with wages, so that no country can undercut another by restricting rates of pay. In this way, a neutral global currency could not only stabilise the financial system but also end the 'race to the bottom' that globalisation has brought in its wake.
. Tweet
Posted by Molly at 08:36