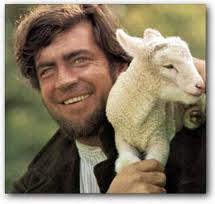 There was a difficult choice of entertainment for me on Thursday night. We had a meeting about the cuts here in town organised by the the Socialist Workers Party while Channel 4 was advertising a professional butchery job on the green movement. The first would be the talk of our town, and the second was bound to play the same central role amongst the e-debates I am party to. I think I made the right choice: I spent Thursday evening watching John Schlesinger's 1967 film version of the Hardy classic Far From the Madding Crowd.

I suppose it is an advantage of being involved in politics for a number of years that you pick your battles. I now choose those where I think I can make a difference and avoid those that will only frustrate and depress me. We know that our vision of the future does not include dominant media corporations, so we cannot expect to receive a fair hearing from them. To suffer frustration as a result of one's own naivety is an unnecessary loss of energy that we can ill afford. The reason Mark Lynas is given so much air-time is not because he is smarter or better informed than we are, but because his views do not challenge the status quo.

For me, the most serious impact of an unresponsive and biased media - as with an unresponsive and biased political system - is that if you spend too much time immersed in it you begin to believe that it is the central point of public opinion. My visit to Plymouth University yesterday to give the staff research seminar made me realise how I had misjudged where most people are in their thinking about the state we're in.

I went in my role as ideas merchant, with my barrow resplendent with bioregional economics, community farms, and other local produce from Stroud, and attempting to convey conviviality with every fibre of my being. There was the inevitable 'Are you a communist?' question, but for the most part the responses from the audience (and three quarters of the packed room was made up of students) were sensible questions about power and tactics. 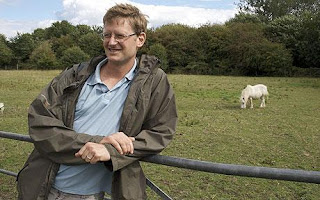 Encouragingly, I was asked about the fractional reserve banking system, and my answer, during which I pulled no punches ideologically or intellectually, was clearly understood by a significant minority of the audience and received a smattering of applause. I left feeling encouraged, and that the thinking people of this country are on the move. We are struggling with a monopolistic information system dominated by one hegemonic idea: that the market system is supreme. But out in the country this is not believed, the information is not trusted, and its purveyors are losing credibility.

As for Mark Lynas, I recently debated the issue of climate change policies with him on a public platform. He was relentlessly arrogant and disparaging and I had to call on all my Quaker training not to respond in kind. He explained how he had solved the CO2 problems of the Maldives - apart from the tourist flights that underpin the country's economy, which will require a little more techno-fixing.

During the panel discussion we clashed over figures for emissions of CO2 per head and, after we had finished, I asked Mark where his were from, knowing that my own were pretty out-of-date and China is moving fast. He told me he uses Wikipedia as his source. There is pride amongst ideas merchants, and this immediately told me he is the intellectual equivalent of Delboy, interested in the deal rather than the quality of the product.

The title of the Hardy novel comes from Gray's Elegy, a poem whose theme is redolent of the balanced sense of the modesty and lack of self-importance that country living brings, and whose whole tenor is the antithesis of the modern media culture. I like to think that my decision to watch the film rather than watching the documentary represents a decision to be reminded of the deeper wisdom of our ancestors rather than pure escapism.
. Tweet
Posted by Molly at 08:20