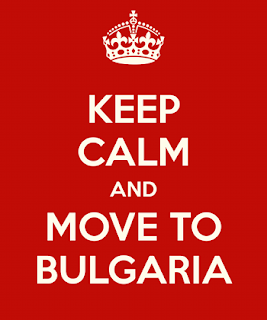 I have it on the best authority that Bulgaria is being overrun by migrants. My authority is Maria Nedeva, a sociologist of science at the University of Manchester and author of the authoritative Money Principle blog. Maria has grown understandably tired of having her country and her countryfolk run down by the right-wing press and has put me straight on a few matters.

First, the Bulgarians who are already in this country are a highly skilled bunch. Like Maria herself many are academics, working in universities to enable the sort of global education that prepares young people for a globalised world. Bulgarians also thrive in the world of computer programming, using their skills to clean up as consultants, since they are not yet permitted full freedom to work here. Their skills in this area is unsurprising given that the first electronic computer was invented by the son of recent Bulgarian immigrants to the US, John Atanasoff.

Far from desperate Bulgarians seeking to escape dreary post-Soviet lives and failing public services, they are in fact experiencing a wave of inward migration from those who have grown tired of life in the UK. The Telegraph reports (while simultaneously advertising) the excellent quality of life offered by a rural Bulgarian existence: the article suggests a sort of late-middle-aged Good Life in a country where land is not the preserve of red-coated, red-faced men chasing red-furred wildlife.
A website encouraging elderly Brits to retire to Bulgaria explains how the strength of community and pace of life might remind immigrants of life in their own country BT, i.e. before Thatcher. On another Bulgarian blog, You'll Like it Here, the author welcomes the British government's attempt to make the UK seem unattractive to potential immigrants, a position he is pleased to endorse:

'They do make a valid point however – Great Britain is indeed a grim, dangerous place with glaring economic difficulties. Therefore the only responsible thing we Bulgarians can do as Europeans is to extend a helping hand and invite all Brits who’ve had enough.'

Given their relatively small population of 7.5 million people it would be understandable for the Bulgarians to feel swamped by the high rates of immigration from Britain in recent years. So many British ex-pats now live in Bulgaria that they have their own support website Brits in Bulgaria. And this is really the point, because rather than pulling up the drawbridge and repelling borders the Bulgarians are welcoming economic migrants who would appreciate the splendours of their fertile soils and excellent climate. The hateful xenophobic articles in the Daily Bigot are a strong incentive to make one up sticks and explore the opportunities for a life of skilful self-reliance.
. Tweet
Posted by Molly at 10:37