Today's revelation that local councillors are selling their knowledge of the planning process to those who would devastate our countryside will be used as further evidence of the corruption of politics, but really the culprit here is national government, whose planning policy is being written by developers for developers, much as banking regulation has been written by bankers for bankers.


One of the Tory government's first acts when coming to power was to sweep away 64 years' worth of planning policy, carefully made to respect social and ecological needs, and to replace it with the National Policy Planning Framework. The NPPF has been identified by many as a developers' charter. Even the far from radical Friends of the Earth have judged it to adopt a deregulatory approach 'designed to prioritise private business interest in the name of economic growth.' It represents a significant shift in power in favour of development and against the environment.

There are profits to be made here: the ‘communications consultant’ Curtin & Co.  bought up the web address http://www.thelocalismbill.co.uk/ to give their jubilant account of the significance of these proposals:


‘There is no doubt that the local government and planning landscape will change considerably in the next 12 to 18 months. There are still significant holes in the proposed legislation and Curtin & Co will be monitoring the progress of the bill as well as making representations on its community engagement aspects. Curtin&Co’s founder and chief executive is the author of Managing Green Issues (Macmillan, 2001) which advocates many of the aspirations of the Localism Bill and this is embedded in our methodology.’
So much for 'green planning' which, like the green economy itself, is becoming a corrupted concept.

My Green House colleague Jonathan Essex, a civil engineer who works for the sustainability consultant Bioregional, transcribed a recent presentation by Hugh Ellis, Chief Planner for the Town and Country Planning Association given at EcoBuild on 7 March. Mr Ellis outlined how the need for developments to be 'viable', for which read 'profitable' could reduce the ability of local planning authorities to require high environmental standards or address the issue of climate change when giving planning permission. He concluded as follows: 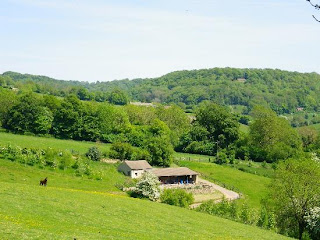 'Ultimately I will leave you with this thought. The climate science has got much worse over the past five years. We planning in this country for the wrong future. We are planning for example on sea level rise for 60-80cm where we know now scientifically we will have at least 2m of sea level rise. I go and talk to Hull and many places on the East coast who do not have a future beyond 2050 if we do not make radical changes to the ways in which we organise ourselves and our economy. Set in that context my challenge to government and all of you is that we need a national plan that can take this nation through the challenge of climate changes and manage that process with social equity and with great outcomes. The national planning policy framework doesn't do that. Why? Because it has no strategic context. We've got rid of regions. We've got rid of the Royal Commission on the Environment and Pollution. I do really wonder whether this framework is the beginning, truly of the Age of Stupid.'

This is a disturbing conclusion: we can no longer use the planning process to save ourselves at the national level. But for me the issue also has a much more personal aspect. I represent Valley ward, and that is no ordinary valley, it is the Slad Valley where Laurie Lee wrote Cider with Rosie and, as I claimed without embarrassment in our local paper, the most beautiful valley in the country. Profit-hungry developer Gladman are using the NPPF to attempt to opportunistically destroy this valley by putting 140 houses onto a green field. This will be an example that will soon become obvious to us in all our precious landscapes that the government we have now is allowing greed and profit to destroy the hopes and homes of the hard-working people of Britain.
. Tweet
Posted by Molly at 07:30