Currency Warts and All 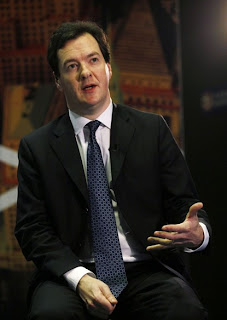 As the struggle for dominance in the 21st century global marketplace intensifies the battle over which currency that economy will be denominated in is becoming more explicit. Can we see Osborne's appeals to China to use London as its banker to Europe and the world as the final betrayal of the dollar empire?

This blog has been following the currency wars and I have long been calling for a globally agreed trading currency. This is also the preference of the Chinese, who understand the risks that come with being the banker to the world and are apparently not seeking to take over from the US the role of global hegemon and global policeman that so often accompany the role of banker to the world.

More importantly, the renbinmi is not a convertible currency but is still controlled by the Chinese government. Although this value of external trade balances settled in the currency has increased rapidly in the past couple of years, this is a fraction of the global trade in dollars. Since the currency is tightly controlled it is also not held in reserves – the other key feature of any candidate for status of global currency.

China has long been calling on the IMF to extend the role of SDRs (special drawing rights) so that they can become a de facto global currency. In this context perhaps we should interpret today's intervention by Osborne as not only an attempt to tout for banking business but also an attempt to pressurise China to take on more of this role itself. Such a decision deeply affects the peace and stability of the world and should be taken, rather than via press release and bilateral discussions, in a full-scale global conference to remake the world economy and to focus on the need for stability, sustainability and equality.
. Tweet
Posted by Molly at 11:26