All Quiet on the Euro Front 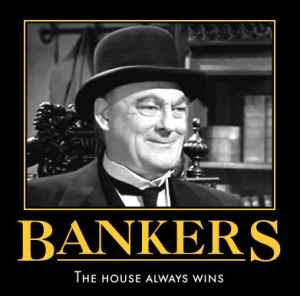 Am I the only person who is so cynical as to think that 'no news' rather than being 'good news' is actually an indication that the news hasn't quite been prepared for public consumption yet? It was probably the 20 years I spent campaigning about climate change, which only became a news story once it had been turned into a profitable business opportunity, that first put me onto this. But can we assume that something similar is now happening with the euro story, of which we have heard precious little since Christmas? Post-festive queasiness aside, how can the most serious financial crisis in 70 years have disappeared like so many unnecessary mince pies?

A while back I floated the idea that the reason the finance markets were speculating against the euro was that, unlike its counterparts in the US and UK, the European Central Bank had not engaged in a policy of creating money to be hoovered up by the financial institutions and transformed into bonuses. The news now is that they are doing just that, making 'cheap' money available to financial institutions, who are then depositing it right back with them, but in their own accounts. This is the outcome of the silent coup - the transfer of power to unelected bankers in Italy and Greece, backed up by Mario Draghi at the ECB. The last vestige of politicians protecting the people of Europe was removed, with nothing now constraining the power of the financiers to extract obscene amounts of value from the European economy, destroying public services and undermining investment in the real economy.

How else are we to interpret the shift in policy towards the making available of cheap money? The ECB money has a limited life of three years, presumably to keep the inflation-averse Germans happy, but it is free money none the less. In similar vein, Merkel's insistence that the pain of the Greek default should be shared by the creditors as well as the debtors, the so-called 'hair cut', has been removed from phase two of Greek refinancing - another indication that financiers have beaten back even minimum political demands, and in response are reducing the pressure they are putting on European finance ministers.

This is, of course, a self-limiting and ultimately self-defeating response to financial pressure. Once the banks have hoovered up the latest round of newly minted money they must, like the debt addicts they are, find ways of exercising their power to extract more. Meanwhile the public and private sectors alike, which actually circulate money and thus energise rather than stifling economic activity, are starved of funds.
. Tweet
Posted by Molly at 07:48