Who Will Guard Future Generations? 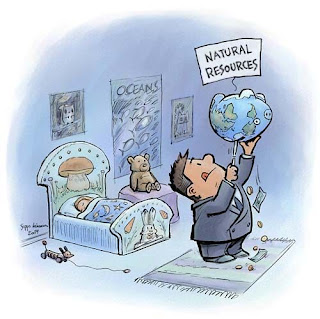 It is a story told in green circles that the Iroquois took seven generations into account when making their decisions. How many of the decisions taken by our 21st-century politicians would survive this sort of scrutiny? Of course the question is never asked because the scrutineers do not exist.

But why should future people be disenfranchised in this way, asks Rupert Read in a new report to be published by the Green House thinktank next week. To protect their interests he argues for a jury of twelve random people selected by lot and obliged to protect their rights to enjoy life and happiness. Such a body could hardly be expected to support untrammelled economic growth or a new generation of nuclear power-stations without any idea of how the highy radioactive waste they produce will be disposed of. In fact, the economistic process of 'discounting' ensures that the future effects of current actions are minimised.

Damian Carrington has picked the idea of Guardians for future people up on his Guardian Enviroment blog. Let's hope this will bring plenty of attention to the report and its interesting proposal. The launch will take place at the House of Commons, cttee room 5, on 10th January (RSVP to Rupert Read: rupertread@fastmail.co.uk). It offers us a chance to give the future a voice and perhaps encounter the shade of Burke himself.
. Tweet
Posted by Molly at 16:23