The Eurozone Crisis: A Warning from History 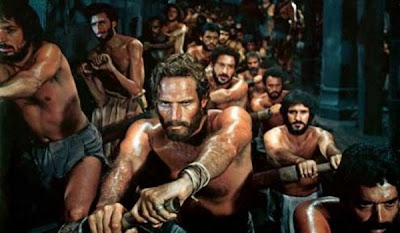 I am thinking of creating my own derivative, called a political default swap. This is how it works. We each choose a country and bet against the length of survival of its government as it tries to introduce enough austerity measures to keep the markets happy. It works like a sort of insurance policy, where the riskier the country, in this case the less able its politicians are to bear down on its people and extort their work to pay bankers' debts, the higher the cost of betting on it.

The manoeuvres by EU finance ministers in Brussels today conceal as much as they reveal and demonstrate that power is balanced between politicians and financiers. This is seen most clearly in the negotiation over the extent to which those who made risky investments in Greek debt will lose their shirts (or their hair). The risk seems to be approaching 50:50.

Harder to agree is how the effects of this on Europe's banks will be accommodated. If the banks take the full hit, the financiers argue, they will become bankrupt, leading to Credit Crunch II: Return of Debtonator. So the bank welfare fund has to be massively increased. We have grown tired of billions, yawn the financiers, we need to move into the zone of trillions.

But where is this money to be found? The devastated citizens of Europe, their bodies already straining beyond breaking point to keep the capitalist wheels turning, can offer no more. Eyes turn to the European Central Bank - can it be asked to create money from thin air, the sort of money bankers like best - power without responsibility? The Germans, with their historical fear of inflation, will not accept this option. The most likely outcome is a solution dreamed up by the very 'quants' who created this disastrous situation: a solution that uses a combination of mathematics and conjuring to make the money disappear through time, emerging at some future date enormously swollen in value.

In his masterpiece The Great Transformation, written in 1944 and reflecting on the last great capitalist disaster, Karl Polanyi describes the contortions that Europe's politicians went through in the 1930s to save the Gold Standard. They seem eerily similar to what we are witnessing today. The system must be saved, no matter what the sacrifice in terms of human lives and political stability.

In the 1920s financiers inflated a bubble which burst in 1929, but through the 1930s the economists defended the position of laissez-faire capitalism whose social costs were unacceptable to the people of Europe. The result was political polarisation, economic chaos and the rise of fascism. This crisis has already provoked the collapse of the Slovakian government, the government of Iceland, and the government in Ireland, and the Italian government could soon follow. Somehow the political system is still holding in Greece, but the massive civil unrest leaves it vulnerable. So, will you take my offer of a punt? Which country's political system would you bet on surviving this financial turmoil intact?
. Tweet
Posted by Molly at 08:02