One Cheer for Australia's Carbon Tax? 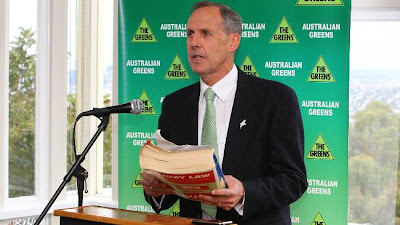 During our summer of discontent there was a very discontented debate happening on the other side of the globe over whether or not Australia, one of the world's worst carbon offenders in terms of emissions per head of population, was going to be the first member of the OECD to introduce a national carbon tax. In spite of the lobbying, lies and loss of three leading politicians, a carbon tax was introduced. That in itself seems to me to be worth celebrating.

It has also led to the production of some trite but rather useful short videos, made available via the Australian government's website. In typical aussie style, these make the points without any fuss - a far cry from what we could expect from our own DECC. These could be useful to share with friends and colleagues who find the rather abstract idea of 'pricing carbon' difficult to grasp.

The carbon tax is a policy proposal emanating from the Australian Greens, who are celebrating its acceptance by the ruling coalition. The fight over whether to control emissions through a trading system, which effectively gives the value generated by the right to pollute to companies - the sort of system we have in the EU - or through a carbon tax, where the value goes to governments and can be shared with citizens who will pay higher fuel prices, has been a bitter one, with Bob Brown becoming a hate figure amongst Australia's huge mining companies and in the Murdoch press.

Due to the power of this lobby, there are a large number of accommodations and compromises, limiting the effectiveness of the tax. The price of carbon, at around £15 per tonne, if massively too low, and the money raised has been used to buy off both citizens facing higher bills, but also the very companies that are guilty of producing the pollution. The target for emission reductions - at 5% by 2020 - is also totally unrealistic.

But Julia Gillard has looked weak since she knifed her own party's leader PM Kevin Rudd, and in that context this is a significant political victory. It also represents a historic victory for the Australian Greens, who first proposed a carbon tax for their country. We should build on this start and argue for carbon taxes in our own countries.
. Tweet
Posted by Molly at 09:30