Where are you from, originally? 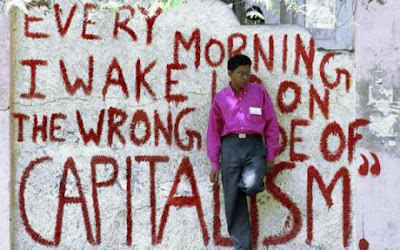 The extraordinary spectacle of the most powerful man in the world having to justify his parentage is one of the clearest signs to date that the US is having a collective nervous breakdown. The invention of the concept of birtherism is a tribute both to our American cousins' impressive inventiveness with language and their abysmal record of public education. Obama's reaction is tribute to the resilience of US humour.

Both the neurotic hounding of a man whose colour was always and will always be an issue for a large majority of his fellow citizens, and the creeping of the public debate in this country towards problematising immigration, draw attention to the hypocrisy over issues of birth, nationality and belonging in our 'globalising' world.

So how important is it to know where you come from? In Wales, where I lived for 12 years and still work, it is very important indeed. In its Welsh form 'O ble rwyt ti'n dod yn wreiddiol?' it is one of the first questions you are taught when learning Welsh. Knowing where somebody comes from, and perhaps identifying their family, helps to connect you. It is not a rude or nosey question, but one that seeks relationship. It is this need for connection with place that has been denigrated and marginalised by the globalised economy. The consequent dislocation is the real source of the rise in politics based on identification, whether based on race or nationality.

From the standpoint of economic theory, free movement of labour is taken as an assumption of the market model. Unless labour can move to the market where it will receive the best returns to its skills, efficiency will not be achieved. This is but one of many examples where the market model bears not relationship to the real world, where immigration is strictly controlled.

The struggle between the deterritorialisation that results from globalisation and our identification with place has been a hallmark of the past decades. The birtherism farce is one piece of evidence of this tension; the rising votes for nationalist parties in some of Europe's most enlightened countries a more disturbing one.

Rather than encouraging the destabilising and environmentally destructive advance of a globalised economy, we should instead be working towards a system of self-reliant local economies within a bioregional framework. Within such a structure the ability of the local, and especially the local land, to evoke powerful responses could make it an appealing substitute to the our unsatisfying consumer culture, rather than a threat to social harmony.
. Tweet
Posted by Molly at 08:52