How do I love thee? 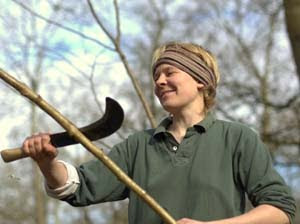 When Elizabeth Barrett Browning recited the catechism of her love to her husband Robert, she listed the spiritual alongside the mundane, and so it should be for our love of trees. Under the traditional British land settlement, there were a range of commons woodland rights to forage for food, fuel and building materials. Rights such as 'estover' (the right to smaller woodland braches for fuel) or 'pannage' (the right to graze pigs in the forests) enabled the subsistence of generations of rural people.

More recently we have recognised the literally vital role that forests play on a global scale, maintaining the stability of the climate. The wonderful balance between photosynthesis and respiration, between our need for oxygen and trees' need for carbon dioxide enables and requires a respectful sharing of the biosphere. Our pre-scientific ancestors had such an attitude towards woodlands and their trees.

In his excellent introduction to bioregionalism, Dwellers in the Land, Kirkpatrick Sale describes the propitiation necessary to ease the guilt of killing trees to provide so many vital resources:

Almost all early peoples had elaborate ceremonies connected with cutting and harvesting, asking exoneration for the painful removal of some of Mother Earth's children, and most had stories like the Ojibways', which speak of 'the wailing of the trees under the axe', or like the ancient Chinese tales which mention cries of 'pain and indignation' from fallen branches. (p. 6)

Sale characterises this 'well-nigh universal phenomenon' of respect and reverence for trees as 'innate recognition of the fundamental, life-sustaining function of arboreal life on earth'. 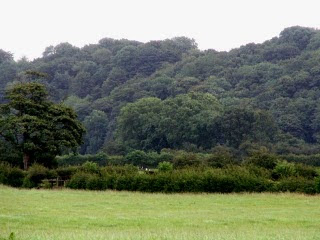 The government's plans to sell off the woodland now owned for the public benefit by the Forestry Commission are an afront to common law. How can we be required to purchase what already belongs to us? It is also a continuing affront to the commons law that tells us we already have a right to enjoy the benefits of our native woodland. Such a plan was not part of the election campaign and has no public mandate, but how might resistance be most effectively organised?

The coalition claims not only to be the greenest government ever, but also the government most willing to devolve power back to local authorities. So my suggestion is that we lobby our local authorities to revive our ancient woodland rights. This, together with a sudden increase in the number of applications for Tree Preservation Orders in woods likely to be sold, might ensure that, even if the sales go ahead, the new owners will find it difficult to profit from their purchase.