Needing to Know What we Need 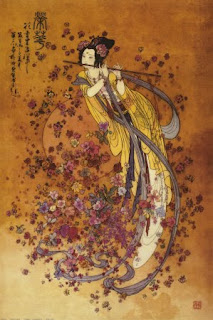 Green economists view markets as inherently social institutions, governed by rules which are subject to democratic decision-making. While this runs counter to prevailing economic orthodoxy – with its emphasis on ‘free’ markets – it is actually exemplified by legislation to protect consumers, such as environmental health legislation and building regulations, and more recently by increasing control over the activities of business in relation to climate change. Rather than proposing the replacement of the market system with a planning-based allocation system, how far can we develop the potential for democratic processes to adjust the incentives governing the market in a more environmentally benign direction?

A market economy is designed to meet needs so that resources are efficiently used and utility is maximised, but how do we know what we need? In a world where some societies suffer from consumption-related ‘status anxiety’ while in others people die from starvation it is difficult to find empirical justification for the theoretical position that markets ensure allocative efficiency. The environmental crisis adds an extra dimension to this question: as a closed system the earth has finite resources and a limited capacity to absorb the waste products of industrial society.

From the perspective of Green Economics, a human community that acknowledged ecological limits would also ensure that citizens managed the supply of products and services according to human needs. This is not the approach taken by Western societies, where consumption decisions are determined by ability to pay and individual choice. How might a green economy organise the allocation of resources for and the production of goods and services? Might there be a way of devising a scale of needs which was supported by some degree of social consensus?

In the middle of last year I was sent a research proposal to explore these questions. The idea (which came from Gareth Watkins of Ethical Propaganda) was to assess individual and societal need in relation to products and services that could be bought in the market. Gareth and I are hoping to work together to take some of this forward, his focus being especially the development of a 'scale of needs', scoring products and services to produce the scale, while mine is more related to socially determined economic planning.

The research plan, as we developed it, involved the establishment of a number of ‘citizens’ juries’ that would resolve the question of how needs might be defined at a societal level by comparing, within a limited energy framework, the priority they would accord to, say, a fertility treatment programme or a new computer game. The ultimate aim of the research would be to develop policies to resolve the conflicts between individual and societal needs in order to create incentives to bring them into closer alignment.

There has been a disturbing tenor of debate amongst those most concerned to curb consumption in the face of its ineluctable growth and our apparent inability to reduce CO2 emissions in spite of the clear evidence of accelerating climate change. Commentators suggest that it would all be so much easier to solve if we weren’t troubled by the problem of living in a democracy. How much easier to be China and have access to real political power.

The pitfalls of central planning of an economy, where one bicycle factory predicts and then satisfies the demand of a vast nation, was made plain by the poor-quality goods produced in inadequate quantities by the economies of what was once Comecon. But the Western ‘free’ market generates as many problems as it solves. Basic needs remain unmet while a whole range of pointless and unsatisfying consumer goods generate the CO2 emissions that are destroying our climate, while also squandering the earth’s resources.

A system of citizens’ juries, a technique in the style of participatory economic planning, would require people to rise above the selfish individualism that a market system encourages. Instead, they are expected to adopt something more like the ‘original position’ proposed by John Rawls in his A Theory of Justice. As a society we would decide how we spent our limited energy budget. Once the juries had established the hierarchy of needs the taxation system could be adjusted to encourage appropriate consumption.

At present the debate about sustainability economics is dominated by research into the failure of economic growth to lead to higher levels of human well-being, and the suggestion that we might be able to achieve greater levels of human flourishing with lower levels of energy and materials input and pollution outputs. Recognising the environmental limit of economic activity means growth cannot be employed as the means of raising the living standards of the poorest, and thus forces questions of allocation to the centre of political decision-making; sustainability and equality are hence inextricably related. However, so far there have been no attempts to categorise and measure different types of consumption and their social usefulness. The proposed research will help ensure that decisions about how limited energy and resources are shared are truly participatory, and truly democratic.
. Tweet
Posted by Molly at 09:08