The Zen Road to Affluence? 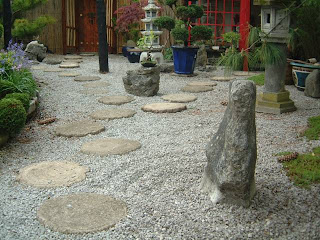 Finding that there is more to economic life than growth is not news to many readers of this blog, but finding that this lesson is being promulgated by the Financial Times is a little bit more surprising. It immediately sends my mind racing in the direction of conspiracies to keep us bovine and submissive in the face of falling wage levels and growing inequality. But so long as our lower level of material wealth comes with greater well-being, more leisure, friendship and conviviality, why should we care?

David Pilling, the author of this article, is straying into dangerous territory for a pro-capitalist paper, by suggesting that politicians might not favour the accumulation of capital in their economies as a primary goal. This does not seem much of an intellectual step from the call for politicians to take control over finance, and reintroduce credit and exchange controls, as called for by most green economists. And that would certainly be the end of globalisation as we - and the corporate billionnaires - know it.

Japan appears to have reached a different sort of accommodation with capitalism, one which enables a high standard of living without growth, and with some independence. By selling its national debt to its own citizens, it is at least closing some sort of circle. Issuing money to run the economy itself would be preferable, and any system of national financing based on debt will always transfer money from poor to rich, but at least the demands of rapacious bond markets are not a threat, nor the political power that foreign governments can exercise through their sovereign wealth funds.

The article by my near namesake Professor Kato, as recommended by David Pilling, is also well worth a read. Again there is nothing new here: it is rather the source of the story and the outlet where it was published that suggest this debate is on the move.

Meanwhile, instead of working why not squander some time on pointless games? We had great fun with our revolutionary top trumps over the festive break, and now there is a game you can play while 'working at your computer'. Send it to all your friends: debtris brings a whole new meaning to education for the life of leisure.
. Tweet
Posted by Molly at 16:59