Here's one for the Ladies 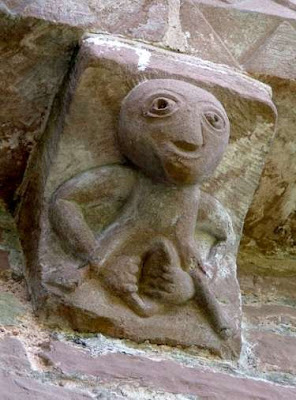 Almost all words can now be used freely. Only one final taboo remains: the c-word. But this word popped up unexpectedly in the mouths of three powerful men on the same day in early December: twice on Radio 4 (James Naughtie on the Today programme and Andrew Marr in Start the Week only an hour or two later) and Nick Herbert also accidentally used the word in the House of Commons. James Naughtie seems to really relishthe joy and liberation offered by female energy.

This seems to be more like synchronicity than mere coincidence. An explanation might be the celebration of cunt at the Cunny festival that took place on Sunday, December 5th around the Stone of Free Speech on Parliament Hill, London. The Rite of Cunt Liberation was performed by a group of women and men, young and old, to honour 'the sacred place where pleasure is found, life is conceived and natural birth takes place'.

The festival celebrants conclude that 'The unbalanced rule of the cock is melting,
and the cunt reasserting herself.' I wonder what Messrs. Naughtie, Marr and Herbert would make of this uprising of untrammelled earth energy.
. Tweet
Posted by Molly at 10:16