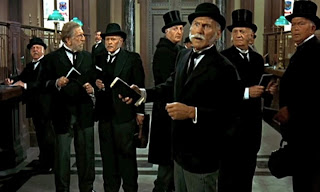 Thanks to the swashbuckling adventures of Cap'n Bob I've been able to make some excellent headway in spreading the word about the dangers of privatising the money creation function. Sky News took a quote from me on the resignation of Mark Agius, when I said:

'What we see now is senior executives at Barclays playing some sort of chicken game with the FSA. British citizens need to know that the FSA is in control of our banks. They issue a banking licence which is a huge privilege enabling banks to make money and make huge profit, but they do that in return for responsible behaviour. Barclays executives have shown that they are not responsible and therefore I believe their banking licence should be revoked.'

At lunchtime today I was interviewed live by Dermot Murghan, giving me an opportunity to suggest that a threat to revoke the licence might have been what finally pushed Bob Diamond to do the decent thing, as though he were capable of doing anything decent. I was able to join the nation in the celebration of the demise of one corrupt banker. In spite of the questions focusing on the cultural aspects of the problem, I focused on the structural problems with the banking system. If you haven't signed the petition please do so.

I was asked what should be done next and I was able to argue that the banks we already own as taxpayers should be broken up into small community banks. The same point is made more emotionally in this short film, a summary of the US move It's a Wonderful Life, or the UK version in Mary Poppins, where the scarey bank is part of the sub-plot. If you haven't already moved your money into a mutual building society, a co-operative bank, or your local credit union, please do so now. More details on the Move Your Money website.
. Tweet
Posted by Molly at 14:48