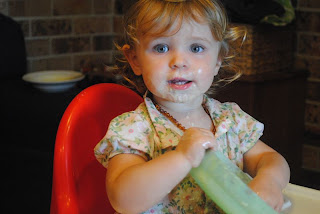 I have had the sort of horribly busy week I normally plan to avoid. This is the result of work I have been doing in connection with Rio +20, although in case I create further confusion about this point I should make it clear that I never had any intention of actually going to Rio,but rather of using the opportunity as much as is possible to raise issues around what a green economy might actually be like. To this end I have pulled together a special issue of the Journal of Co-operative Studies to argue that ownership has to lie right at the heart of debates about the green economy. I also attended a seminar and book launch in The Hague where we focused on women's role in developing sustainable livelihoods. On Monday I was the South-West's Rio+20 conference at Bristol Zoo, and today I am going to a roundtable in London where we hope to share critical views of the European Green Group's Green New Deal proposal. The debate may be happening on the fringes, but it seems to me that only live debate with realistic proposals that is out there.

I have been on a train nearly every day this week and have been caught up with suited commuters. What has impressed me about them is their extraordinary stoicism, although observing this has also raised question for me about why we tolerate being forced into such alienating situations. The question came to a head when one exhausted man - on a train somewhere near Swindon - raised with this colleague a 21st century problem. His office dog tag had fallen into his bowl of custard the previous evening and he had struggled to return it to its pristine state. His colleague asked supportively whether his head had followed into the custard bowl. I wondered why, when as a species we can invent that most sublime of comfort foods, so reminiscent of mother's milk and the nursery, we can also allow ourselves to be forced into the indignity of the obligatory security pass, worn in a daily basis as though a public symbol of our untrustworthiness. This is a more mundane version of the question why we, as a species that has produced Shakespeare and Tolstoy, can stand idly by while our beautiful planet is ravaged by those who seek only money.

Working in London also means travelling frequently by Tube, and I am trying to reframe this as a research opportunity. Where else do you have the opportunity to watching millions of human beings behaving, not as selfish genes, but as wonderfully co-operative human beings? It is an incredible technical achievement to be able to move millions around the capital on a daily basis, but what greater achievement that we share that space with so little aggression. The countless minute calculations people make about whether to give up their seat and how to shuffle along the carriages to make space for fellow commuters is a daily miracle. I am moving into the age-zone where people wonder about offering me a seat from time to time, but what is fascinating is that this happens when I am feeling particularly tired and lacking in resilience. Even when I try to ignore my own exhaustion I can gauge its extent by the treatment I receive from other people who I encounter fleetingly and will never see again.

So shall we remember that what we really love is a bowl of custard and a space sitting in the sun, and dare to admit this to our friends? This challenge to the corporate model of what we are may be the most powerful act of resistance, while the routine compassionate interactions of our daily lives can reinforce our faith in the highest achievements of our species, which have nothing to do with finance or technology.
.
Tweet
Posted by Molly at 07:40