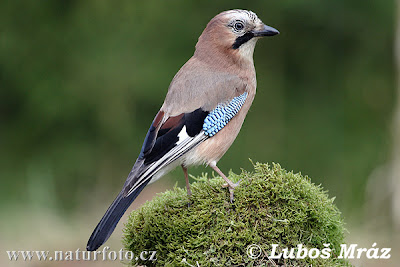 Recently my boss wanted to be nice to some of her new staff members as so she thought kindly and offered us an iPad each. This threw me into a real quandry, because I am concerned about the energy embodied in such gadgetry, obviously, but also because I object to the way more and more areas of my life are mediated through an electronic machine. I have recently tried to identify birdsong and constellations with the assistance of an iPhone (not my own). I suggested some campus chickens instead but nobody thought I was serious.

The day I received my iPad I was carrying it across our admittedly rather leafy campus when I was accosted by a jay, which stood in my path and eyeballed me. I was arrested and charmed and we spent a good five minutes in a strange sort of mutual fascination. Other students came and went but both the bird and myself were undisturbed. Reading later on the web that these are shy creatures I was even more charmed.

Relearning this sort of direct relationship with our animals cousins is surely a better way to protect their habitats than reading endless dire statistics about the loss of rainforests and species. I hope this is the flavour of a conference organised at London Zoo where I'll be speaking on 25th of this month. Called, Economist as if Life Mattered, the publicity for the conference runs like this:

'What does the global economy have to do with orangutans, polar bears, spotted owls, elephants and cod? Along with countless other species, these animals are on the verge of extinction and our current unsustainable economic system is the main driving force behind the global extinction crisis. On the 25th of May, join conservation and economic experts to explore these links and outline strategies for prioritising wildlife conservation in the new economy.'

You can find the full programme here and it would be great to be joined by others who are, like me, resisting the costing and commodification of nature.

As for my relationship with my new iPad things are not going well, in spite of my request for a green cover - a lurid, vapid green, as it turns out. I notice that I was almost immediately conveyed to the 'App store' and so the spending of money is a crucial part of being an iPad owner - so much for the 'free' gift. I am also fighting the desire to download the Tetris App, which for me is rather like having 'just that one drink'. By some route I cannot understand, and perhaps with subliminal intention, my Mail function is stuck. I am not hurrying to seek assistance to unstick it.
. Tweet
Posted by Molly at 08:00