I spent some time last week at a very interesting conference in Edinburgh called
Just Banking. The conference was addressed by Adam Posen, of the Monetary Policy Committee of the Bank of England, who joked that he had been aware that, in our company, he would rapidly metamorphose into Margaret Thatcher, which was a relief since he was more used to being seen as a dangerous radical. His presentation was workmanlike and gave us useful information. But his proposals were typical of those who cling to market ideology even in the face of its utter discrediting. His most powerful proposal was a counter-cyclical, inversely proportional property tax, to counteract property booms, which he rightly identified as a key factor in this crash. The much more efficient solution of informal political control of housing finance, as prevailed Before Thatcher, could not be countenanced. Disappointingly, Posen failed to answer questions about quantitative easing, even though they were factual and could have no possible impact on market sentiment. 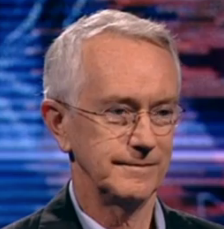 More cheeringly, I was lucky enough to have dinner with Steve Keen, a key critique of the dominance of neoclassical methods in economics. Keen is most famous for his book Debunking Economics and it became clear during our chat that his revulsion against neoclassical methods and theories goes back a long way, all the way to his students days, in fact. He is now involved in a bitter battle with the powerful neoclassical orthodoxy, for which I pay tribute to him. He has gone beyond being ignored and laughed at and has reached the stage of being fought, bitterly, personally and viciously.

In spite of his utter rejection of the nonsense of neoclassical models and assumptions, Steve Keen is still committed to the importance of maths in economics, and his own presentation in Edinburgh was mostly taken up with the high-speed presentation of a mathematical model. At the point where the whizzing models, which were calculating in real time on his slides, began to make me feel physically sick, I stopped trying to understand. Because I believe that the 'political' is just as important as the 'economy', this sort of methodological exclusion makes me nervous, so later during dinner I questioned Keen about this reliance on maths.

His response was an interesting one. Economies, he argued, are complex systems and our minds cannot encompass the complex and dynamic relationships between the different variables that comprise them. In Keen's opinion only Schumpeter was smart enough to be able to correctly work out all the complex feedback loops and interactions that are present in economic systems without the use of maths. Others such as Marx and Keynes tried, but it led to mistakes in their theory. Mathemetical modelling of systems enable us to avoid these mistakes.

I must say that I enjoyed this argument, but am not convinced by it. In my view, an understanding of the spiritual value of life and the ability to mediate between humans and the natural world are far more useful qualities for an economist than complex maths, hence my paper 'The Economist as Shaman'. This is not to rule maths out: in many cases it is, as Steve argued, efficient and useful. But maths should also be the servant of thoughtful, philosophical economists; it should never be the master of human social or political motivation.
. Tweet
Posted by Molly at 07:49