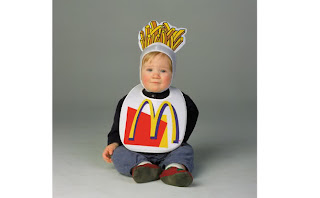 All of us must have been wondering why shareholder-value-driven corporations such as Tesco and Burgerking have been tempted to support the government's employment policies. While the focus has been on the free labour, and arguments about whether those who cannot find paid employment are a blessing or a liability, less attention has been focused on the various 'apprenticeship' schemes that have been a response to record levels of youth unemployment.

Over the weekend the Sunday Mirror shone a light on this policy and found a very good answer: corporations are being paid huge amounts of public money to set up apprenticeship schemes. According to the paper's reporters, McDonald's has received £10m without producing a single job, investing instead for training for existing staff. In total the nine largest recipients have taken £20m. to create just 2,559 new jobs.

Aside from the extraordinary waste of public funds, this led me to question what meaning it can have to be an apprentice in Tesco or Burgerking. What is the path to expertise for an apprentice burger-flipper or an apprentice shelf-stacker? How does one know when one has become a master in these skills? The concept of the apprentice grew up during the early modern period, when it referred to the particular relationship between a craftsman and a younger person wishing to follow the same path. At a stretch it can be made relevant to an industrial craft, but to an occupation that is utterly without skill?

Craft apprenticeships involved a relationship between apprentice and master that was much wider than the mere acquisition of the skills of the craft itself. Such an approach to ‘training’ engaged the young person physiologically and psychologically in the community of their fellow makers:

‘The pervasive character of the epistemology of handwork arose largely out of the experience of training by apprenticeship and its basis in the bodily techniques of observation, imitation, repetition, and active doing’, so writes Pamela Smith in her wonderful book The Body of the Artisan (p. 28). Medieval apprenticeships were not easy, all ‘began in manual labour’, with young people having to earn the right to learn the more skilled aspects of the craft. The process of learning was primarily by imitation, but a particular form of imitation: ‘For an artisan, imitation could denote both copying and the bodily techniques of a master as well as reproducing the appearance and processes of nature. But it also constituted a bodily form of cognition and was connected to a view that matter and nature are alive and exist in synergy with the human body’ (Smith, 2004: 95)

This was a predominantly relational way of becoming a skilled and productive member of society. The learning process itself required a humility and a commitment that is unlike that required for intellectual education. In his book The Craftsman Richard Sennett develops a similar theme: ‘The apprentice is often expected to absorb the master’s lesson by osmosis; the master’s demonstration shows an act successfully performed, and the apprentice has to figure out what turned the key in the lock. Learning by demonstration puts the burden on the apprentice’ (Sennett, 2008 p. 181). Acquiring the skill was a lengthy and demanding process that in itself transformed the apprentice: ‘ten thousand hours is a common touchstone for how long is takes to become and expert. . . The seven years of apprentice work in a medieval goldsmithy represents just under five hours of bench work each day; which accords with what is known of the workshops.’ (Sennett, 2008: p. 172).

I am not going to insult your intelligence by pointing out the social and psychological growth that such a process of craft learning inevitably involves, or to imply a link between the disaffection of our young people and the pathetically low expectations we have of them as a society, particularly in terms of the skill level of their work. In this context the idea of a Tesco apprenticeship scheme seems more insulting than ever.
. Tweet
Posted by Molly at 10:11