I Can't Get No Satisfaction 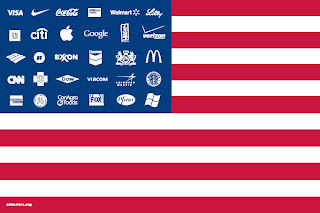 You may have noticed a similarity between the last few posts, which are focusing on the failure of aggregate demand in our economy, and strategies for addressing this. Last time around the strategies focused on throwing money into the economy, reducing the quality of products, and, perhaps the strategy that has been most successful, changing the social hierarchy so that it relies on consumption rather than moral quality or personal charm.

The origins and techniques of the advertising industry as it developed in the US from the 1920s onwards is entertainingly discussed in Adam Curtis's TV series The Century of the Self. The critique began much earlier, with the publication in 1957 of Vance Packard's book The Hidden Persuaders. Packard blew the whistle on how scientific developments in psychology were being used to manipulate US citizens to undertake mass consumption. What he called the ‘depth approach’ to advertising was based on insights from social psychology. It was, as he described it, ‘impelled by the difficulties the marketers kept encountering in trying to persuade people to buy all the products their companies could fabricate’ (p. 17).

Packard expressed horror at what he called the marketing to ‘eight hidden needs’ which he identified as emotional security, reassurance of worth, ego-gratification, creative outlets, love objects, a sense of power, a sense of roots, and immortality. Although his work is now more than 50 years old, the routes advertising finds to exploit our psychological needs appear not to be. This use of scientific methods to uncover our inner needs and then to design products to meet them resulted in what Packard referred to as ‘the packaged soul’.

The focus of this activity was not the satisfaction of citizen-consumers; quite the reverse. To maintain levels of demand sufficient to avoid a slump it was essential that people consumed things they didn't need, and that what they bought rather than satisfying them, created desires for further purchasing. This helps to explain the paradox of growth as explored by Richard Douthwaite: that once societies reach a certain level of human development further growth can reduce rather than increasing happiness.
. Tweet
Posted by Molly at 09:37