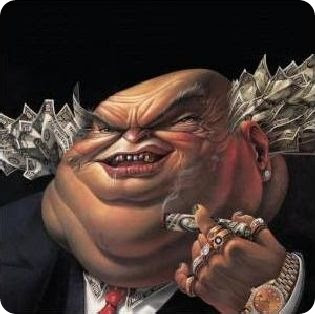 How refreshing that the economics debate has moved on. It used to focus almost exclusively on the rate of income tax, the 'penny on, penny off' debate that dominated for a decade or so. For the past year we have seen a genuine disagreement: about whether it is the rich or the poor who should shell out more of their incomes in tax. With the absence of a growth strategy, and no other thinking about responses to the economic crisis, the argument now turns to who should be the beneficiary of the tax cuts which are, apparently, our only hope.

Ed Balls is calling for a cut in VAT, encouraging us to spend more. As Osborne rightly responds, in a country that imports more than it makes, much of the tax thus diverted from the Treasury will not stimulate small businesses here, but increase growth in China. This gives the Tory backbenchers a wonderful opportunity to argue for tax cuts for their rich voters: ditch the 50p tax rate and reduce yet further the rates of corporate taxation. they bray from their leafy shires. This is justified on the basis of the entirely unsupported assertions that somehow allowing the rich to avoid paying back to society will encourage economic growth. But where is the evidence that they are less likely to buy Chinese goods than the poor? When the rich want their benefits evidence-based policy-making makes a swift exit.

This is a lovely opportunity for the mainstream parties to return to their familiar class-war tactics while missing the big picture. For a more imaginative Shadow Chancellor this might be a good time to think about taxing assets rather than incomes. We could see the bankers' bonus in that light, but far more productive in terms of loosening up the economy would be a tax on land. Andy Burnham proposed this more radical and creative option during his bid to become Labour leader; Miliband has not had the courage to adopt it.

Meanwhile, to the Tories you must ask what is the point of cutting corporate taxes when it is the small businesses that will create the jobs. In spite of the domination of the air-waves by corporate business, ONS data show that companies employing fewer than 50 people account for 97% of jobs in the UK, with less than 0.16% of people working in companies of more than 500 people. If the government is really interested in stimulating job creation rather than rewarding its paymasters it would adopt the Green Party policy of a banded economic tax related to the size of the company.
. Tweet
Posted by Molly at 10:26