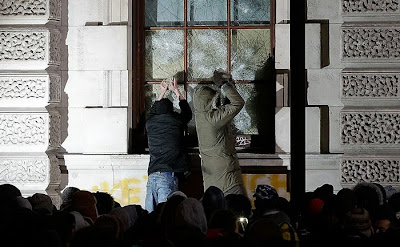 As the debates over student fees have ebbed and flowed I have missed once again the skills of the accountant. What nobody has explained adequately to me is how the government's plan will ensure that money flows in in these straightened times, and exactly how it will also flow out.

Will Hutton has assisted on the second point, by offering some figures in his report on 'fair pay' in the public sector. Two points leap immediately to the critical mind: since national bankruptcy has resulted from the behaviour of the private sector, perhaps we should start our pay policy there; and how can any person reasonably accept Hutton's conclusion that a differential of 20-to-1 within organisations can be fair. Time for a new dictionary, not to mention a new moral code.

For myself and my colleagues in the universities there is no surprise that the differentials are highest in our sector. We have long been scandalised by the salaries and the expenses-paid trips enjoyed by our bosses. Hutton found that the average salary for a vice-chancellor is £200,000 and the median salary is some 15 times that of the lowest paid academic salary. Of course that is far from the lowest salary in a university, which also has a huge number of cleaners, caterers and other support staff on poverty wages.

The fattests of gowned cats are found, unsurprisingly, in the self-selected elite who call themselves the Russell Group, where the differential is 19 to one. These very same professors and administrators who are calling for students to pay three times as much to enjoy their skills are part of the reason why a university education is no longer affordable. Universities pay their managers more than all other sectors, with vice-chancellors earning more than four-star generals.

In these 'times of austerity' these salaries will be hard to afford, but how will raising student fees help? Since the increase will only affect the 2012 freshers, no money will flow back to the Treasury until 2016. Here is where accountants could be so useful. The details are decidedly murky at present, and when they are published no doubt we will all be looking elsewhere, but it appears that this money will be marked as an asset rather than a liability, thus reducing the deficit by actually shifting it onto the individual debts of young people.

With the additional help of some financial wizardry, the government may also be able to bring money into the public coffers sooner than 2016 by making the debt of our young people available for sale. This method of using securitization of our children's futures to help pay for support to the banking sector is the story that was missed while we watched the enraged students attempting to smash their way into the Treasury.
. Tweet
Posted by Molly at 08:00