Any Economy So Long as it is Colourful 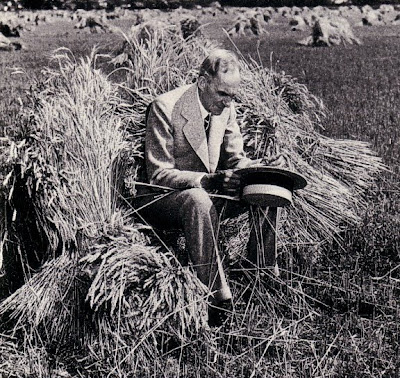 Henry Ford coined the adage that best describes the ethic of the mass production-mass production era of the 20th century: ‘Any customer can have a car painted any colour that he wants so long as it is black.’ I think we usefully adapt this pithy phrase to help us vision the economy of the future. In this case it can be as colourful as human creativity can encompass but it has one fundamental limit: the energy limit. To put an exact number of the reduction in energy that we are looking for is a speculative process, but we need to reduce our current demand by something between 70 and 90 per cent.

This number is based on estimates in the Zero Carbon Britain report about what we need to do to achieve global equity by 2050. The exact figure requires assumptions about how energy intensive it is to construct and maintain renewable energy generation facilities; the likelihood of technology advances increasing energy efficiency vs. rebound effects; the contribution to carbon sequestration made by changing land use; and many other factors that cannot be convincingly quantified.

Although many reports about social responses to climate change can feel fairly prescriptive in fact what we are looking for is creative and imaginative responses. You can have any economy you want so long as it is a low-energy economy. My work as a green economist is about visioning the most rewarding and satisfying economy we could create for the global human community while keeping within these planetary limits. Anybody is perfectly at liberty to create another vision, and in fact since Nature’s way is one of diversity we are likely to have a variety of different local economies within and between the present nation-states of the world to replace the stultifying uniformity of the globalised monoculture. Designing future economies, and devising the political pathway to follow to arrive at them, offers both a challenge and an opportunity.
. Tweet
Posted by Molly at 14:05