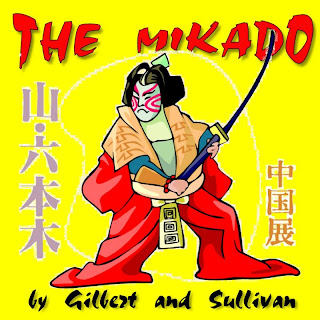 It's 18 years since Peter Lilley performed his widely ridiculed parody of the 'little list' song from The Mikado at the Tory party conference. It has taken that long for the heirs to the Thatcher legacy to make good on his promises to cut down the disabled, the vulnerable and those suffering various shades of misfortune. Yesterday's budget, whose measures such as limiting housing benefit and cutting welfare payments will make those who are the poorest in our society pay for the banking excesses, made it a shameful day to be British.

The targets have been chosen with care: while Osborne was less explicit than Lilley, it is the same groups of people that are routinely excoriated by the gutter press who will take the pain, including (in Lilley's words)'benefit offenders' 'those who make up bogus claims in half a dozen names', 'Young ladies who get pregnant just to jump the housing list'. The hate politics of the 1980s has returned with a smiling face and smoother presentation.

This is bad politics and it is also bad economics. Withdrawing money from those who were most likely to spend it can only increase the likelihood of recession becoming depression. By contrast, the money poured into the banks since 2008 has disappeared into various black-holes and offshore investments. The reductions in corporation tax and limited increase in rates of capital gains tax are being packaged as a stimulus to the business sector, which is supposed to lead us out of the recession. But given that all countries alike are cutting spending and seeing reduced incomes amongst their consumers, who will be buying?

Beyond this narrow debate, for those of us with an interest in life on earth beyond this parliament, the misguided suggestions that divisive budget-cutting now will lead to future economic growth also misses the point. Living within our means requires an acceptance of the limits of what the planet can provide, and then a principled decision to share that bounty fairly. Without the chimera of growth we are left with a more balanced lesson about the need for compassion and community.

The inclination of these heirs to Thatcher to beat up on the vulnerable is unsurprising, but our response must not be a return to the last-century struggle over value between earners and owners while the planet suffers. The economics of degrowth can offer the chance of a future of equality as well as sustainability. This is the politics of the new century and of a shared future. Tweet
Posted by Molly at 07:08